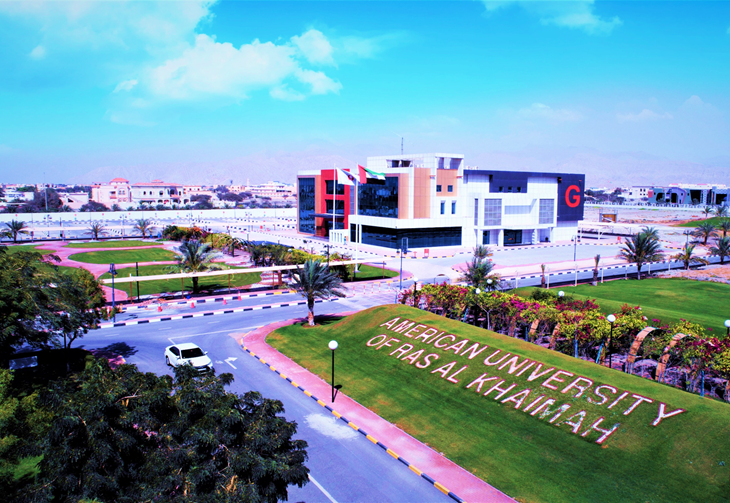 The American University of Ras Al Khaimah (AURAK), one of the few Universities in the UAE to have achieved SACSCOC accreditation, has now received two significant awards which further highlight the quality of education provided by the university.

The first of these is the award of a 5 QS Star rating by Quacquarelli Symonds (QS). The 5 Star rating makes AURAK the third university in the UAE, and the only university in the Northern Emirates, to have achieved such a high rating. The QS Stars rating system evaluates universities against specific criteria and AURAK was honored to receive 5 stars for teaching, internationalization, academic development, campus facilities, and inclusiveness. This prestigious rating came after news that in 2020, AURAK was ranked by QS to be among the top 10 universities in the UAE and top 50 in the Arab Region.

The second award was announced in June 2020 when the World University Ranking Initiative (WURI) ranked AURAK in 26th place in the world for the category of Industrial Application and among the top 100 Innovative Universities. The WURI ranking placed AURAK alongside well known international universities such as Stanford, MIT and Cambridge, demonstrating that AURAK is among the leading universities in the UAE but also has a global reach in the field of higher education.

“The 5 Star rating and WURI ranking are important milestones on the road to success,” said AURAK President, Professor Hassan Hamdan Al Alkim. “I’d like to express my profound thanks and gratitude to every valuable member of the AURAK family for their institutional loyalty, drive to excel and maintain our high standards, as well as their support for the mission of the institution.”

As one of the newest universities in the UAE, AURAK has achieved much in a short space of time. The University is committed to seeking other important and respected awards as these validate the quality of the education offered and the standard of the university’s graduates