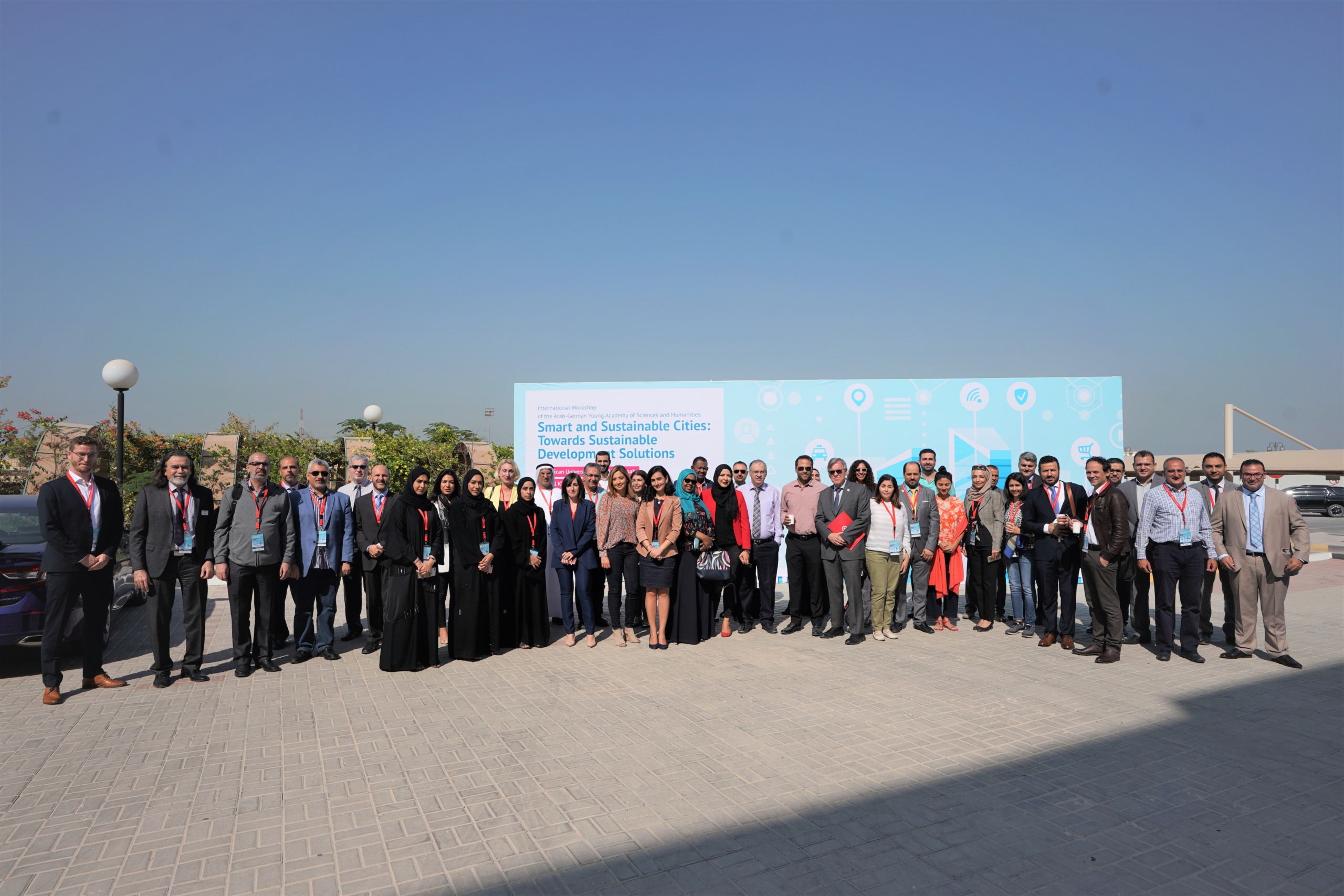 The American University of Ras Al Khaimah (AURAK) in conjunction with the International Workshop of the Arab-German Young Academy of Sciences and Humanities (AGYA) held a two-day conference titled Smart and Sustainable Cities: Towards Sustainable Development Solutions.

Over the following two days, five sessions packed with presentations followed, with contributors from Europe and the Arab world on smart and sustainable cities. Smart cities collect data and then use insights gained from it to manage assets, resources and services efficiently.

The first session, Urban Infrastructure: Buildings, Energy, Utilities, Resilience, saw an interesting presentation from Samy Ben-Jaafar, the CEO of Dubai Green Fund. In Smart Connections with Investors, he pointed out that many good engineering ideas fail to attract funding from investors because the people behind them do not convincingly explain how the innovation will have a path to profitability. He emphasized that pitching to investors to get finance is very different to obtaining it from the government because of the need to explain how it will make money.

Dr. Okan Geray, from Smart Dubai, did a presentation giving an overview of the Smart Dubai Initiative. He said that Dubai is targeting a paperless government by December 2021. He stressed that this would involve a change of culture as some people are uncomfortable with the idea of, for example, not having land and building ownership documents on paper.

The second set of presentations on the first day of the conference was centered on the theme of Smart Mobility: Transportation & Autonomous Systems. Prof. Dr. Marc Ringel, an AGYA member from the HFWU – Nuertingen-Geislingen University talked on the theme of Comparing Smart Cities in Arab Countries and Germany: Energy and Mobility.

The final session on the first day was on the theme of Digital Transformation: Big Data and Smart Cities. Prof. Dr. Diane Ahrens of the Technische Hochschule Deggendorf rounded off the day with her presentation on 10 Smart Villages in Bavaria: A Living Lab Approach to Prevent Urbanization.

Day two of the conference saw a group of talks on the theme of Smart Environments:

Transfer and Technologies. Dr. Osama Ayadi, from the University of Jordan, presented on Sustainable Campuses: The Role of Solar Energy, detailing how his university has equipped its campus with solar technology and saved large amounts of money on its electricity bill in a country where almost all energy is imported.

Dr. Oyadi said that energy costs were the main driving factor in driving solar tech in Jordan. He said that his university’s electricity bill was $11 million per year.  He said the university tackled the project also for research and development reasons. The university now has solar panels on the awnings of carparks, on the roof of the atrium and on the top of buildings. The payback period for the infrastructure involved was just two years, Dr. Oyadi said.

AURAK’s Tawfiq Abu Hantash, Associate Professor from the Department of Architecture, talked about the Ras Al Khaimah Zero Energy House: AURAK Solar Decathlon, the effort to design a solar-powered house as part of a competition.

AURAK is a nonprofit, government-owned institution of higher education which provides the local, regional and international communities with a North American-style education integrated with Arab customs and traditions. AURAK is licensed by the Ministry of Education in the United Arab Emirates and has been accredited in the United States of America by Southern Association of Colleges and Schools Commission on Colleges (SACSCOC) since December 2018. AURAK offers a total of 22 accredited undergraduate and graduate programs across a wide range of disciplines.