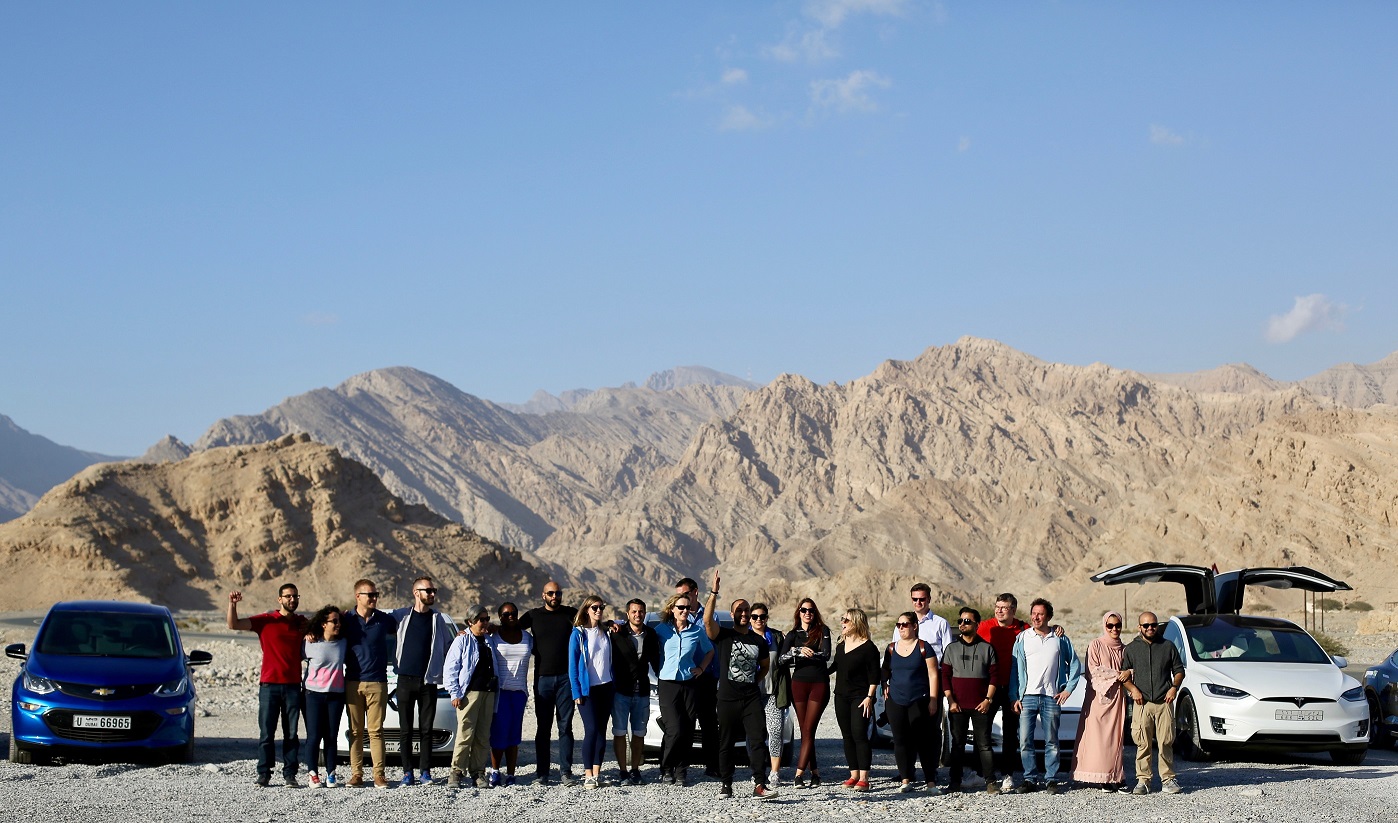 Rather than racing on one of the UAE’s best driving roads, participants instead aimed on gaining the most range using electric vehicle regenerative braking technology in a first-of-its-kind event.

Regenerative braking uses innovative technology to spin an electric car’s motors in reverse and charge the car’s batteries using the friction generated under braking. The Jebel Jais mountain in Ras Al Khaimah, the highest in UAE, was the ideal location to test the technology.

The Chevrolet Bolt EV, Renault Zoe and Tesla Model S faced off to see which model of electric car which took part in this year’s EVRT Middle East could add the most kilometres to their ranges, navigating a special course down the mountain.

The technology can add several kilometres to an electric car’s total battery charge, which lengthens the distance that an electric car can travel before the need for recharging at a static charging station.

This year’s EVRT Middle East was launched in Abu Dhabi on Thursday and has since travelled to Oman and back into the UAE passing through Ras Al Khaimah on its eight-day, 2,000km course. It concludes in Dubai on Thursday (January 24).

The Electric Vehicle Road “Electric Vehicle Road Trip Middle East 2019 (EVRT)”, is an eight-day electric vehicle road trip across the UAE and Oman demonstrating the benefits of electric vehicles and the ease at which the vehicles can cross countries and borders. The convoy reached Ras Al Khaimah on January 22nd and drove up to Jebel Jais to take on the Regeneration Challenge with the spectacular views of the Hajar mountains and breath-taking scenery towards the peak.