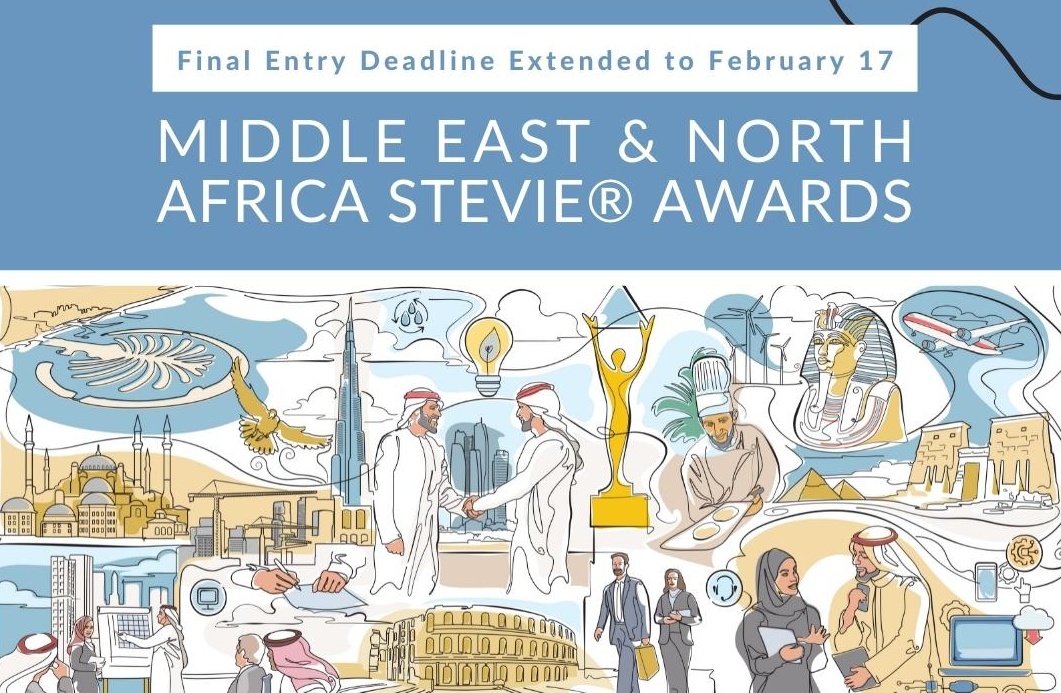 The region’s only awards to recognize innovation in all its forms through the workplace in 17 Countries is now Accepting Entries through February 17.

By popular demand, the Stevie Awards have announced a general entry deadline extension for the third annual Middle East & North Africa Stevie ® Awards, sponsored by RAK Chamber, UAE. Entries will now be accepted through February 17 instead of January 26.  Details are available at http://MENA.StevieAwards.com.

His Excellency Mohamed Musabah Al Nuaimi, Chairman of the Board of Directors of Ras Al Khaimah Chamber of Commerce, said that the Middle East and North Africa Stevie Awards are the region’s only awards to recognize innovation in all its forms through the workplace from 17 countries. The Stevie Awards are considered the “Oscars of the business world” which honors outstanding achievements in the workplace through several programs.

“Winners of the Gold, Silver, and Bronze Stevie Awards in the competition will be announced on March 24, 2022 and celebrated during a gala event in Ras Al Khaimah at the Waldorf Astoria Hotel on Friday, May 20 “added Al Nuaimi”.

Mohamed Al-Sab, General Acting Director of RAK Chamber, confirmed the 17 participating countries in the 2022 third annual Middle East and North Africa Stevie which are Algeria, Bahrain, Egypt, Iraq, Jordan, Kuwait, Lebanon, Morocco, Oman, Palestine, Qatar, Saudi Arabia, Syria, Tunisia, Turkey, United Arab Emirates and Yemen. The 2022 competition will be judged by more than 150 professionals around the world. Nominations citing innovative achievements will be accepted and judged in both Arabic and English, in more than 100 categories across the following category groups: