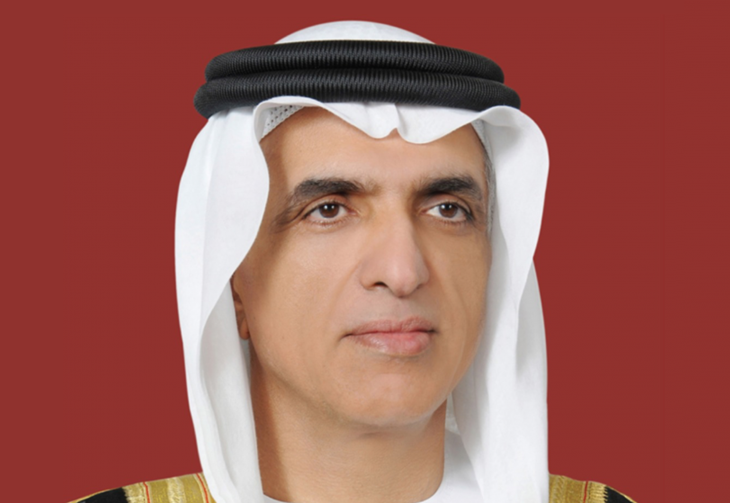 His Highness Sheikh Saud bin Saqr Al Qasimi, UAE Supreme Council Member and Ruler of Ras Al Khaimah, has emphasized that the UAE is moving steadily towards enhancing its stature as a pioneering hub for science, knowledge and exploring the future through joining exploration of space in accordance with an overall vision and an ambitious national program.

His Highness Sheikh Saud bin Saqr Al Qasimi said, “The launch of the spaceflight of Hazza Al Mansoori as the first UAE astronaut to the International Space Station is a unique milestone in the history of the country and a source of pride for Emiratis as well as a qualitative leap towards a new era that entrenches the country’s stature in the space field.”

He added, ”Today, we are living moments of pride as the dream and ambition of the late Sheikh Zayed bin Sultan Al Nahyan have become true through entering space field with the hands of Hazza Al Mansoori and Sultan Al Neyadi as part of the UAE Space Program launched by His Highness Sheikh Mohammed bin Rashid Al Maktoum, Vice President, Prime Minister and Ruler of Dubai and His Highness Sheikh Mohamed bin Zayed Al Nahyan, Crown Prince of Abu Dhabi and Deputy Supreme Commander of the UAE Armed Forces, that embodies the UAE leadership’s confidence in Emiratis and their ability to add new chapter in the UAE’s extraordinary achievements and ambition that does not know ‘impossible’.”

This historic moment will be a source of pride and inspiration for the Emirati youth in general and will be immortal for the generation to come that reflects the will of the wise leadership and the Emirati people who is loyal to the values and ambition of the late Sheikh Zayed bin Sultan Al Nahyan represented in the launch of the KhalifaSat and today the first Emirati astronaut who flew to space and tomorrow the ‘Hope Mars Mission’, a space exploration probe mission to Mars, he noted.