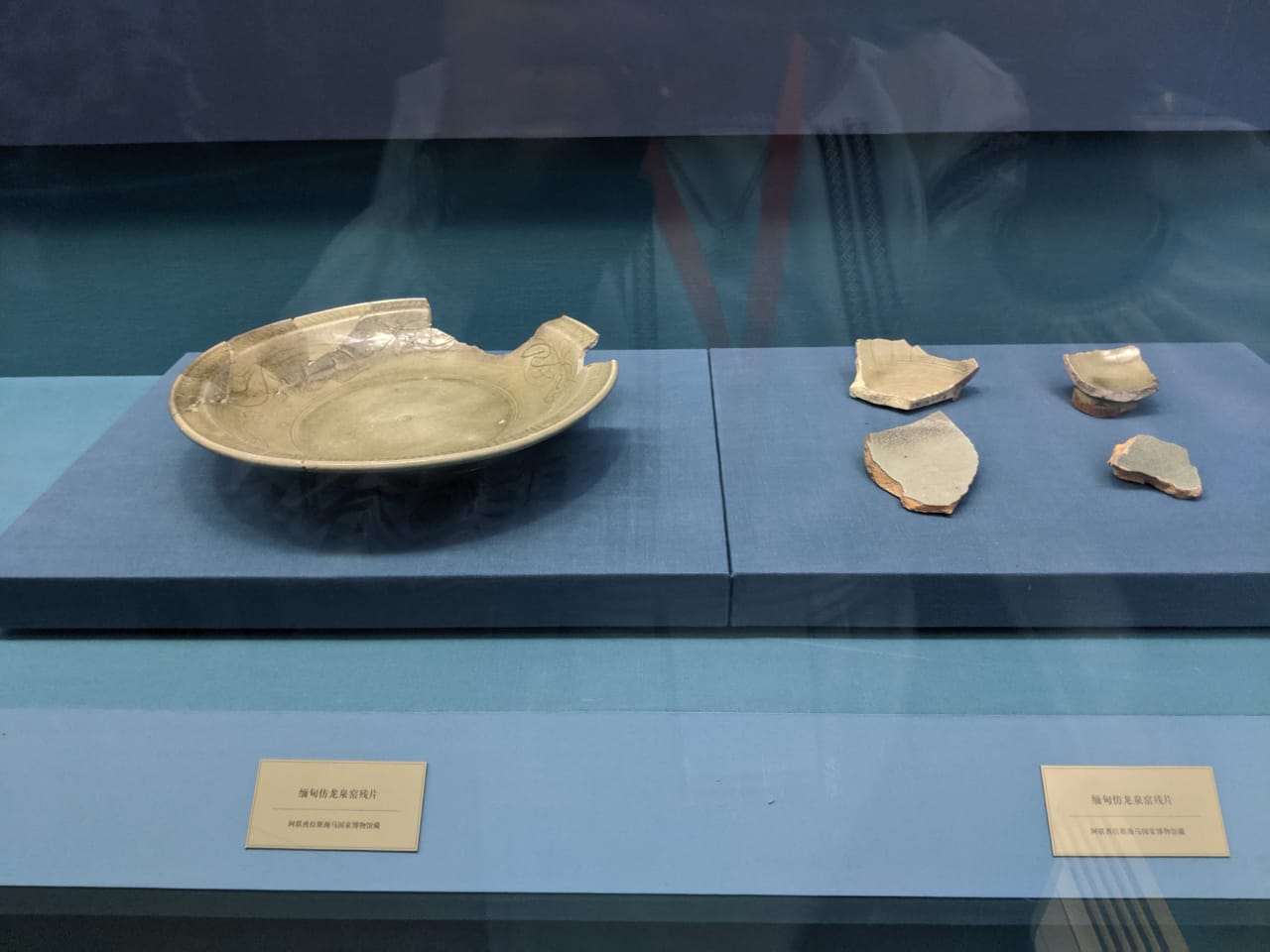 Ras Al Khaimah Department of Antiquities and Museums has participated in the ‘Long Shiwan Around the World Exhibition’ organized by the Imperial Palace Museum in Zhenjiang Province, China. The exhibition revolves around Longquan celadon, a type of green-glazed Chinese ceramic, which was made and produced in Zhenjiang Province in China between the 12th and 16th centuries and then exported and distributed around the world. The Middle East received its share of this form of ceramic, with 413 pieces known to be delivered to the region.

The department showcased 14 Longquan pieces that were discovered through excavations in the 1990s from various archaeological sites across Ras Al Khaimah.

H.E Ahmed Obaid Al Tuneiji, Director-General RAK Museums and Antiquities said: “This participation forms part of a number of activities the department is involved in with foreign arts organizations and comes within the framework of the agreement signed last year with the Imperial Palace Museum in Beijing, China. The partnership covers specialized exhibitions and showcases the results of joint research and studies from both parties to researchers and the public.”

“This is the third time we have participated in exhibitions in China. This year is special because in addition to the Long Shiwan Around the World Exhibition held at the Imperial Palace Museum, we also took part in the Asian Civilizations Exhibition,” H.E added.

Amal Ibrahim Al Nuaimi, Head of Communications at Ras Al Khaimah Department of Antiquities and Museums said that the department strives to expand the scope of its partnerships and external relations with all institutions and entities in the antiquities and museums sector, highlighting that these efforts are aimed at promoting the exchange of knowledge and expertise.