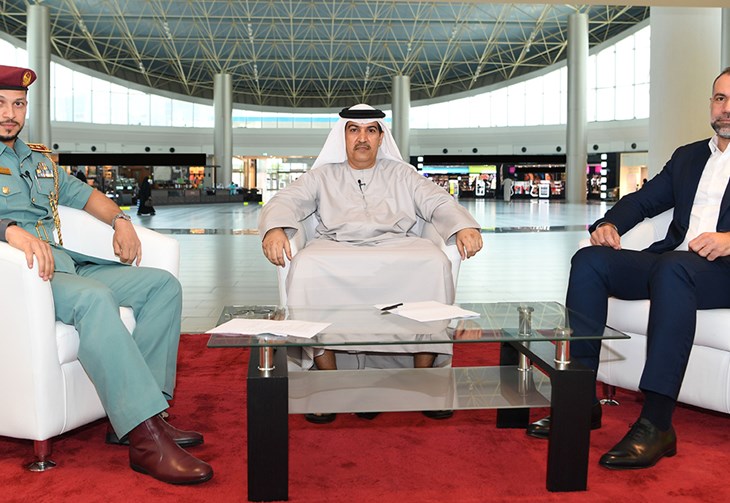 Al Ain Alsahera (the Watchful Eye) Radio programme dedicated its ninth episode to highlight the Tourist Police Department and the Ras Al Khaimah Tourism Development Authority (RAKTDA), exploring their role in supporting the sector and promoting the Emirate on the local, regional, and global tourism map.

The programme is produced by the Media and Public Relation Department at Ras Al Khaimah Police General Headquarters in collaboration with the RAK Government Media Office (RAKGMO).

Captain Ghanem Jassim Al Suwaidi, Head of the Tourist Police Department at Ras Al Khaimah Police, noted that the Department owns several luxury cars and other eco-friendly vehicles that are deployed to tourism events, taking into account the type of event and the kind of vehicles it requires.

Al Suwaidi underlined the constant cooperation between the Tourist Police Department and RAKTDA, noting the critical role this coordination plays in advancing and developing the tourism sector in RAK, further promoting the Emirate, which was selected as the capital of Gulf tourism two years in a row.

Recruiting tourist police personnel is subject to rigorous criteria, most notably, proficiency in several languages and  ability to make quick decisions. Officers are put through specialised training courses to help them perform their duties and ensure the security of tourists and visitors from the UAE and abroad.

For his part, Iyad Rasbey, RAKTDA’s Executive Director of Destination Tourism Development & MICE, explained that government support in Ras Al Khaimah was the leading enabler that allowed the tourism sector to reach its advanced position and establish RAK as the capital of Gulf tourism for two years straight.

“Geographic, historical, and heritage diversity in Ras Al Khaimah and its variety of world-class hotels and resorts played a big part in making it an important destination for tourists from the UAE and the world,” Rasbey added. “The 20,000 visitors to Ras Al Khaimah during the Eid Al-Adha holiday are proof of that. The professionalism and efficiency exhibited in dealing with the COVID-19 pandemic helped strengthen tourism security in the Emirate as it gradually reopens its vital tourism sector.”

“Average hotel occupancy rate in RAK was estimated at nearly 60% since the beginning of 2020, and is expected to rise further by October, especially as flights to and from various countries are launched via the Ras Al Khaimah Airport International,” he revealed, stressing the importance of collaboration between RAKTDA and the RAK Police General HQ – and the Traffic and Patrols, and the Tourist Police Departments, in particular.