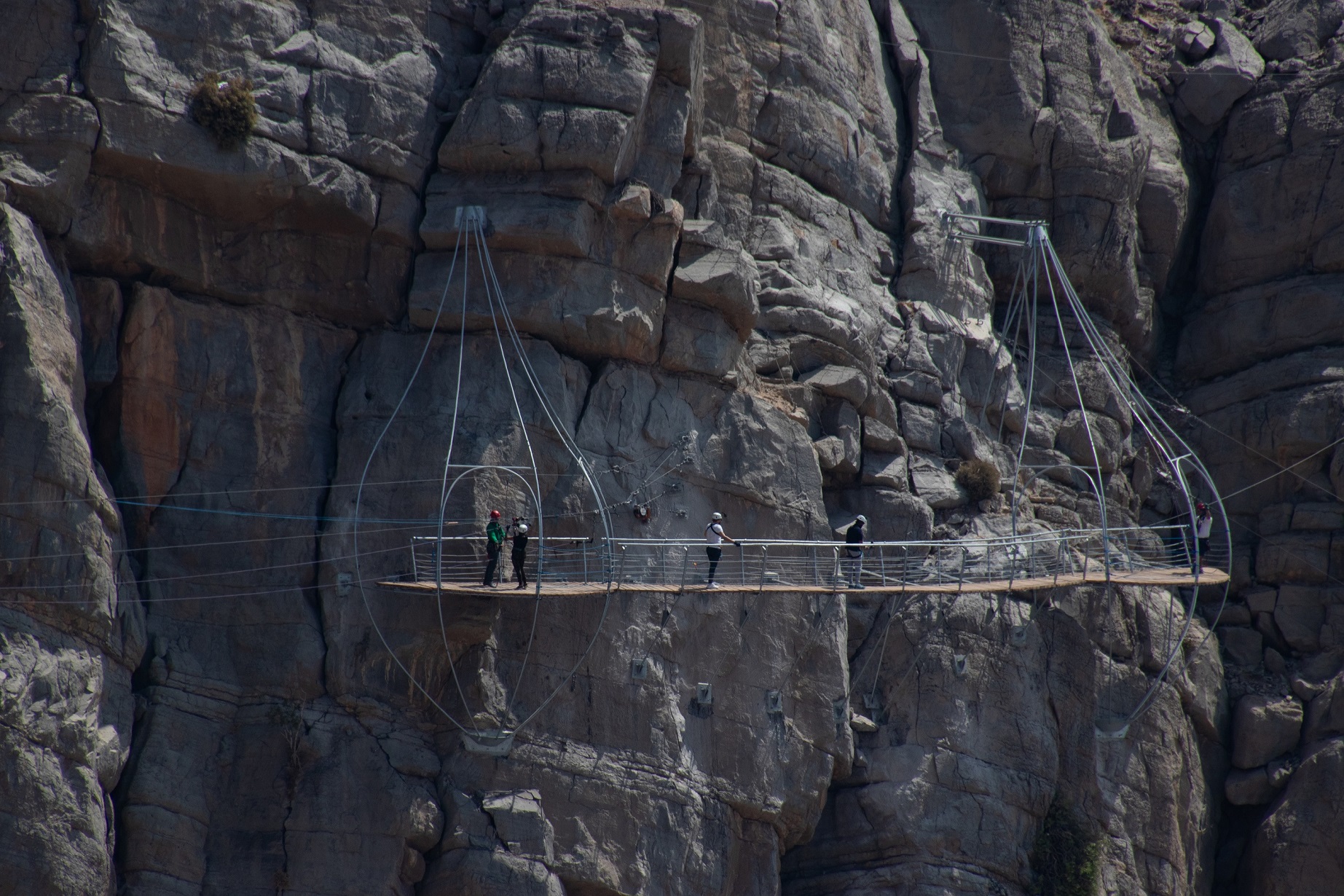 In an ongoing effort to further develop and expand the Emirate’s adventure tourism portfolio, Ras Al Khaimah Tourism Development Authority (RAKTDA) announced the official launch of the latest adventure tourism product on Jebel Jais, the “Jebel Jais Zipline Tour”, in partnership with ToroVerde, which will join and complement the existing attractions including the Jebel Jais Via Ferrata (mountain climbing) and the Jebel Jais Flight: The Word’s Longest Zipline, that has already welcomed more than 35,000 flyers since its launch.

The ‘Jebel Jais Zipline Tour’ features seven ziplines flying over the grand cliffs and canyons of Jebel Jais which are connected by nine platforms; the cluster of seven ziplines cover a total distance of 5km (ranging from 337m to 1km in length) with an average speed of 60kmph. During the tour, flyers will navigate their way through the air to reach the 15 metre long sky bridge, the highest in the UAE at 1,250m above the sea level and 300m above ground, which they will have to cross to finish the remaining part of the zipline tour journey.

Raki Phillips, CEO of Ras Al Khaimah Tourism Development Authority said: “As Jebel Jais remains core to our overall tourism proposition in making Ras Al Khaimah a global destination, we recognize the importance of constantly evolving our outdoor offering. We are incredibly excited to announce the launch of our latest adventure attraction on the UAE’s highest mountain peak, the “Jebel Jais Zipline Tour”.  As Ras Al Khaimah is widely considered the region’s nature-adventure hub, we strongly believe that the introduction of new, innovative products is essential to meet demands of its rising visitor numbers, particularly amongst active adventures and sports enthusiasts. We’re confident that the Jebel Jais Zipline Tour will draw and fascinate nature-adventure lovers of all ages from around the country and beyond.”

Ricardo Lizano, COO of ToroVerde commented “We are excited to launch yet another product on Jebel Jais, especially after the successful, record-level launch of Jebel Jais Flight: The World’s Longest Zipline over a year ago that continues to receive tremendous response from around the globe. This time, adventure enthusiasts visiting Jebel Jais will have yet another reason to come, and will find nothing short of an exhilarating experience with the Jebel Jais Zipline Tour.”

New adventure tourism products in the pipeline include ‘Bull Maze’ in Q4 2019, which comprises a field of 35 challenging obstacles suspended in the air, distributed on three levels of a 20-meters height structure that will encourage each participant to face their limits. The next adventure attraction to launch in Q1 2020 will be a controlled bungee at a height of 1,500 meters above the sea (23 meters above ground). Participants will have a free fall of 8 meters and a controlled fall of 15 meters.

Jebel Jais Zipline Tour tickets can be booked on jebeljais.ae. The rates are AED 295 per person on Sunday, Wednesday and Thursday, and AED 345 per person on Friday and Saturday.