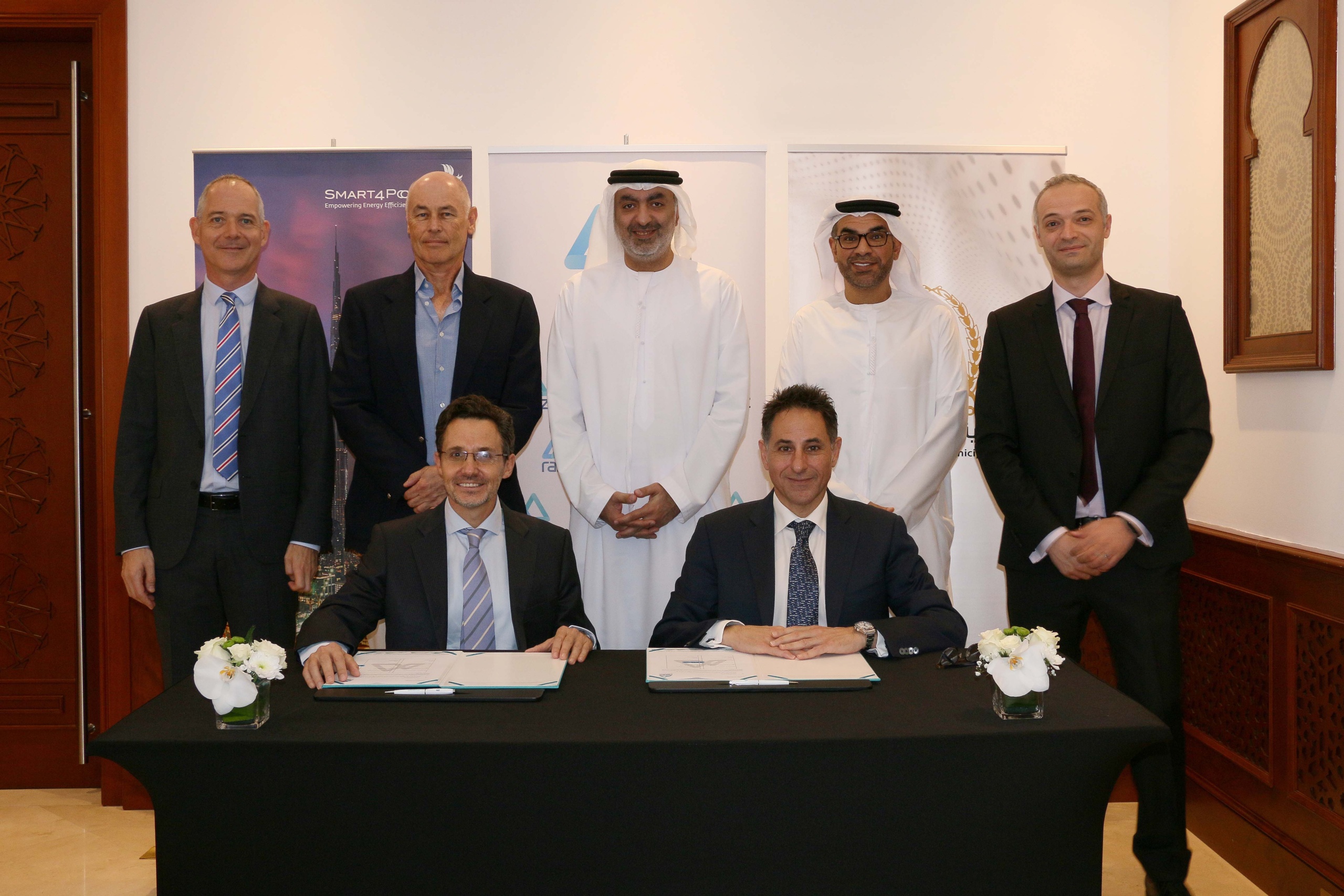 The agreement, which is part of RAKEZ contribution towards the targets of RAK Energy Efficiency and Renewable Energy Strategy 2040, will extend over five years, and will provide guaranteed energy and water savings of 38.5% vs. usual consumption patterns.

“RAKEZ is taking significant initiatives in support of the sustainability strategy of Ras Al Khaimah. For new buildings, we have already started adopting Barjeel standards, that have been recently introduced by Ras Al Khaimah Municipality. The retrofit project shows that we are also focused on improving the energy efficiency of existing buildings. We hope that this project will encourage other entities to undergo similar efforts” said, Ramy Jallad, CEO of RAKEZ.

Eyad Ismail, Director of Engineering of RAKEZ said: “Smart4Power has been entrusted with the retrofit of RAKEZ’s eight office buildings, and one district cooling plant. In total, the structures occupy an area exceeding 73,000 m2. The project’s retrofitting measures focus on the improvement of HVAC, lighting, water and controls systems.”

Ismail added, “At RAKEZ we pursue efficiency in everything we do and are committed to promoting sustainability and energy efficiency. This project aims to save 38.5% of energy and water, which amounts to 2.3 million AED in savings every year with a payback time of less than four years. Relative to our current consumption, those savings are among the highest achieved until now in the region for projects entailing such a comprehensive set of measures.”

Through the planned retrofit, the project will provide guaranteed total savings of more than 25 gigawatt-hours of electricity over the contract duration, with an impact on carbon emissions comparable to that of taking nearly 2,000 cars off the roads. Additionally, over 14 million imperial gallons of water will be saved during the period, enough to fill 25 Olympic-sized swimming pools.

Jesús Gutiérrez, Co-Founder & CEO of Smart4Power said: “We are proud to support Ras Al Khaimah Government in their ambitious retrofit program. Smart4Power will implement a series of energy and water conservation measures, such as improvement of cooling systems, the addition of adiabatic cooling for chillers, LED light replacements and installation of water-saving devices. Additionally, advanced HVAC automation and controls will be installed, which will have a major contribution to the savings generated by the project. The installation will be completed by early 2020, and operations, maintenance and verification services will continue for at least 5 years.”

Ras Al Khaimah Municipality through Reem, its energy efficiency and renewable energy office, is serving as a technical advisor to RAKEZ. His Excellency Munther Mohammed bin Shekar, Director General of RAK Municipality, said: “Ras Al Khaimah Municipality recognizes and congratulates RAKEZ and Smart4Power on their collaboration to support the adoption of new technologies and practices that will reduce energy intensity in several RAKEZ buildings. As part of Ras Al Khaimah Energy Efficiency and Renewable Energy Strategy 2040, we are promoting many more projects of this type with other Ras Al Khaimah entities, and RAKEZ example will offer encouragement for a successful roll-out.”