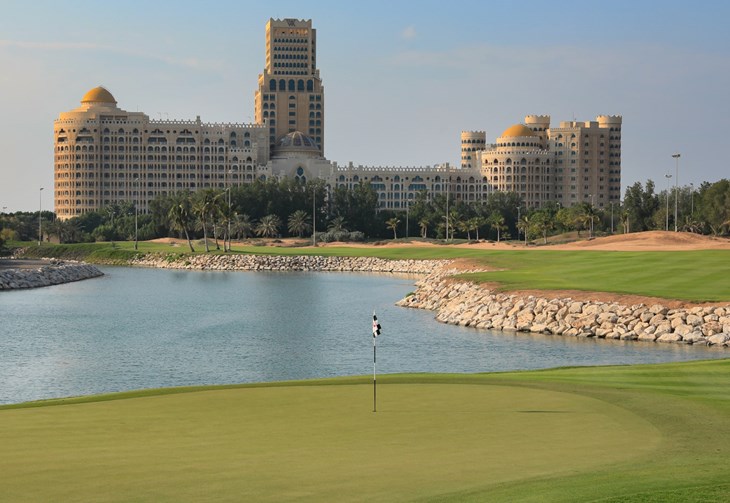 The European Tour will visit Ras Al Khaimah in the United Arab Emirates for the first time in 2022 when the inaugural Ras Al Khaimah Championship presented by Phoenix Capital is played at Al Hamra Golf Club from 3rd – 6th February.

The $2million tournament will be the third of five consecutive events in the Tour’s ground-breaking early season ‘Middle East Swing’, following back-to-back Rolex Series events in Abu Dhabi and Dubai, and preceding the Commercial Bank Qatar Masters and one other tournament in the region which will be announced in due course.

During the Ras Al Khaimah Challenge Tour Grand Final, Spaniard Adri Arnaus finished one shot clear of France’s Victor Perez, with the pair ending the season in second and third position on the 2018 Challenge Tour Rankings behind Denmark’s Joachim B. Hansen. All three players are now firmly established on the European Tour.

Keith Pelley, the European Tour’s Chief Executive, said: “For decades the Middle East has been a hugely important region for the European Tour and today’s announcement further illustrates that. We are delighted to take our Tour to a new Emirate, Ras Al Khaimah, for the first time.

“Our traditional spell in the Middle East at the start of each calendar year is always very popular and these five consecutive events in early 2022 will provide fantastic playing opportunities for our entire membership.

“I would like to thank our presenting partner Phoenix Capital and their Chairman Abdullah Al Naboodah for his personal vision and commitment; the Ras Al Khaimah Tourism Development Authority for their support of this new tournament, as well as everyone at the Al Hamra Golf Club. All our staff who worked on our Challenge Tour events there have told us what a special venue it is, and we look forward to enjoying the unique Ras Al Khaimah hospitality next February.”

“Building on our impressive credentials in staging global sporting events, this prestigious tournament is the latest addition to Ras Al Khaimah’s ever-growing golfing portfolio, further highlighting its growing popularity as a leading lifestyle and sporting destination in the Gulf region.”

Abdullah Al Naboodah, Chairman of investment company Phoenix Capital, said. “I’m delighted to support this new European Tour event in the Emirate of Ras Al Khaimah. Golf in the UAE and the European Tour is dear to the Al Naboodah businesses having supported the Dubai Desert Classic and Abu Dhabi Golf Championship in past years.

“Indeed, our company built the Emirates Golf Club which opened in 1988, the first grass golf course in the Middle East. This will be a great event, sitting in a run of tournaments along with Abu Dhabi and Dubai. It is a terrific showcase for global golfers to visit the UAE and the Middle East as a whole.”

Benoy Kurien, Group CEO of Al Hamra, owner of Al Hamra Golf Club, said. “We are delighted to partner with the European Tour, RAKTDA and Phoenix Capital to bring the first European Tour event to Ras Al Khaimah and the Northern Emirates. This partnership strengthens Ras Al Khaimah’s strategy to attract global events to the Emirate and showcase the unique offering to current and potential visitors.

“Located within a largescale integrated tourism destination with picturesque views of the Arabian Gulf and the Hajjar Mountains, Al Hamra Golf Club is the ideal setting for this world-class event. We look forward to hosting this tournament and showcasing Ras Al Khaimah to the global audience of the European Tour.”

The European Tour will conclude its 2021 season with a fortnight in the UAE next month, with the AVIV Dubai Championship at Jumeirah Golf Estates Fire course (November 11-14) followed by the final Rolex Series event of the year, the DP World Tour Championship, Dubai, on the venue’s Earth course (November 18-21).