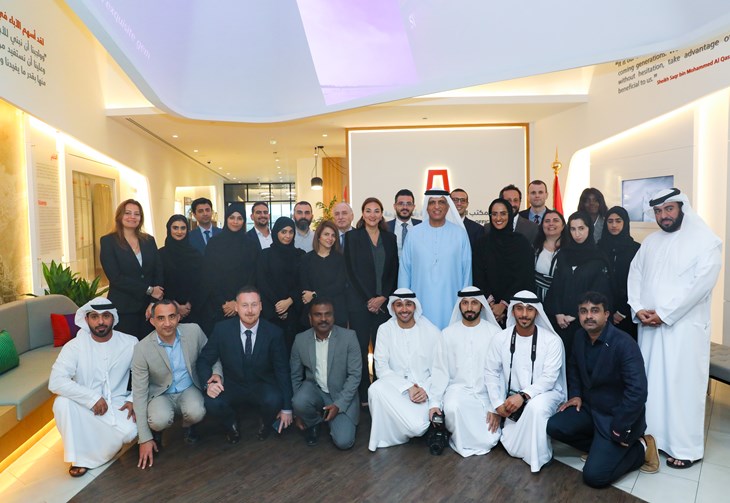 Ras Al Khaimah Government Media Office (RAKGMO) has won an Honorary Gold Award in the Outstanding Management category at the Middle East and North Africa Stevie Awards 2021, which were held under the patronage of Ras Al Khaimah Chamber of Commerce and Industry in a virtual event on June 2, 2021.

The award came in recognition of RAKGMO’s notable role in promoting the Emirate of Ras Al Khaimah and advancing its status and reputation in every sector, positioning the Emirate as a destination of choice for living, working, investing and visiting.

It also recognizes the extraordinary role the Office plays in supporting the business community in Ras Al Khaimah through its media strategy and initiatives that help promote various key sectors locally, regionally and internationally. The award also represents thanks for RAKGMO’s efforts to support the government in providing a nurturing environment for companies to thrive, and its contributions to the Emirate’s comprehensive and sustainable development.

the RAKGMO team, in collaboration with public and private entities in the Emirate, as well as local and international media, who helped broadcast Ras Al Khaimah’s message to the world,” H.E. Heba Fatani added. “The award is an incentive for us to work harder, further refine our vision for the media sector and develop tools that serve the Emirate’s key objectives and enhance its global reputation.”

A total of 156 awards were handed out during the second annual MENA Stevie Awards, going to candidates from 17 countries across the Middle East and North Africa region.

The MENA Stevie Awards is the region’s only awards program dedicated to recognizing and rewarding business innovation and is open to companies and individuals from 17 countries. The Stevies are considered the “Oscars of the business world”, as they honor outstanding achievements in the workplace through various programs such as the International Business Awards, which were launched 19 years ago.