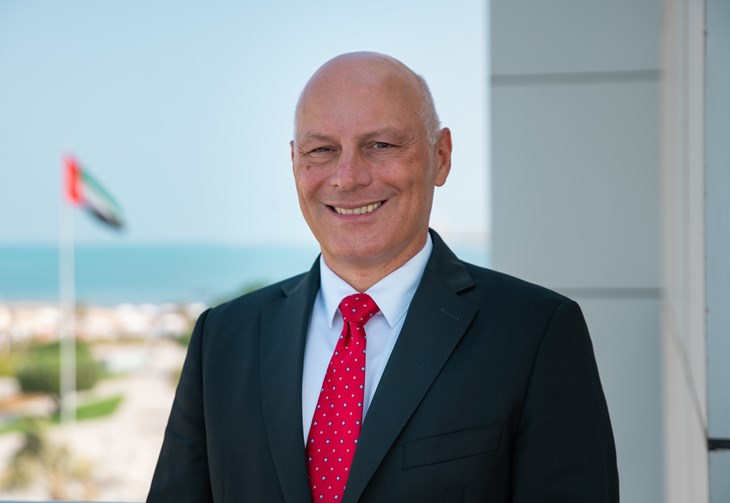 Bringing over 25 years of experience to the role, Atanasios will oversee Ras Al Khaimah International Airport’s largest expansion strategy since 1976

With more than two decades of experience working across several aviation sectors covering airlines, tour operators, ground handlers and airports in both Europe and the Middle East, Atanasios brings with him an in-depth and well-rounded understanding of the industry and extensive knowledge of building up and developing an airport business. As an industry leader, Atanasios has successfully guided teams with a reputation for delivering growth and operational efficiency. Responsible for overseeing Ras Al Khaimah International Airport’s ambitious expansion strategy and driving a new era of connectivity for the Emirate, Atanasios will lead the business and strategy development, financial management and day-to-day operations for the UAE’s fastest growing aviation hub.

Commenting on Atanasios’ appointment, H.E. Engr. Salem Sultan Al-Qasimi, Chairman of the Department of Civil Aviation and Ras Al Khaimah International Airport, board member of General Civil Aviation Authority & RAK Executive Council, said: “Ras Al Khaimah International Airport is currently undergoing its biggest expansion strategy since it was established in 1976. With in-depth knowledge and expertise working across multiple facets of the aviation industry, Atanasios will play a vital role in navigating this crucial phase and driving the airport’s continued development. He will also be pivotal in building further strategic partnerships to open up the Emirate to key markets and drive its growth as one of the most dynamic tourist destinations.”

Atanasios brings with him over 25 years of international and regional experience in building up and developing an Airport’s business, particularly in both the areas of low-cost and cargo carriers. Prior to moving to Ras Al Khaimah, Atanasios served in several other senior executive roles. Most recently, he was the Chief Operating Officer with Dammam Airports Company of Saudi Arabia where he helped to develop its low-cost business plus ensured the airport compliance and improved the overall operation efficiency. Prior to that, he worked with Germany’s Cologne Bonn Airport for 12 years serving in a dual role as the Chief Operating Office/Accountable Manager and at one point as Acting Chief Executive Officer. There he and his team transformed the Airport into a competitive low-cost player by building up a high-quality passenger experience which was validated by a number of industry awards.

Ras Al Khaimah International Airport’s expansion is aimed at driving accessibility for key source markets, strengthening the visitor arrival experience and bolstering cargo operations. Working to accelerate connectivity with increased frequency of flights and new routes, the expansion plays an important role in the Emirate’s development plans to enhance its position as a leading tourist destination and attract three million visitors by 2030.

With key partnerships announced earlier this year with leading carriers SCAT Airlines, URAL, flyEgypt, Ukraine International Airlines (UIA) and Smartwings, opening up the nature-based destination to more international guests looking for a one-of-a-kind getaway. These partnerships mark a key milestone in Ras Al Khaimah’s tourism strategy, adding to existing collaborations with airlines such as Air Arabia, SpiceJet and PIA. Forged in a period of unprecedented disruption to the travel and tourism sector, they underscore the Emirate’s strong recovery thanks to world-class safety protocols and a robust development plan for sustainable tourism growth. Its ambitious growth strategy and rapid expansion of new services has cemented the airport’s status as the UAE’s fastest growing aviation hub.