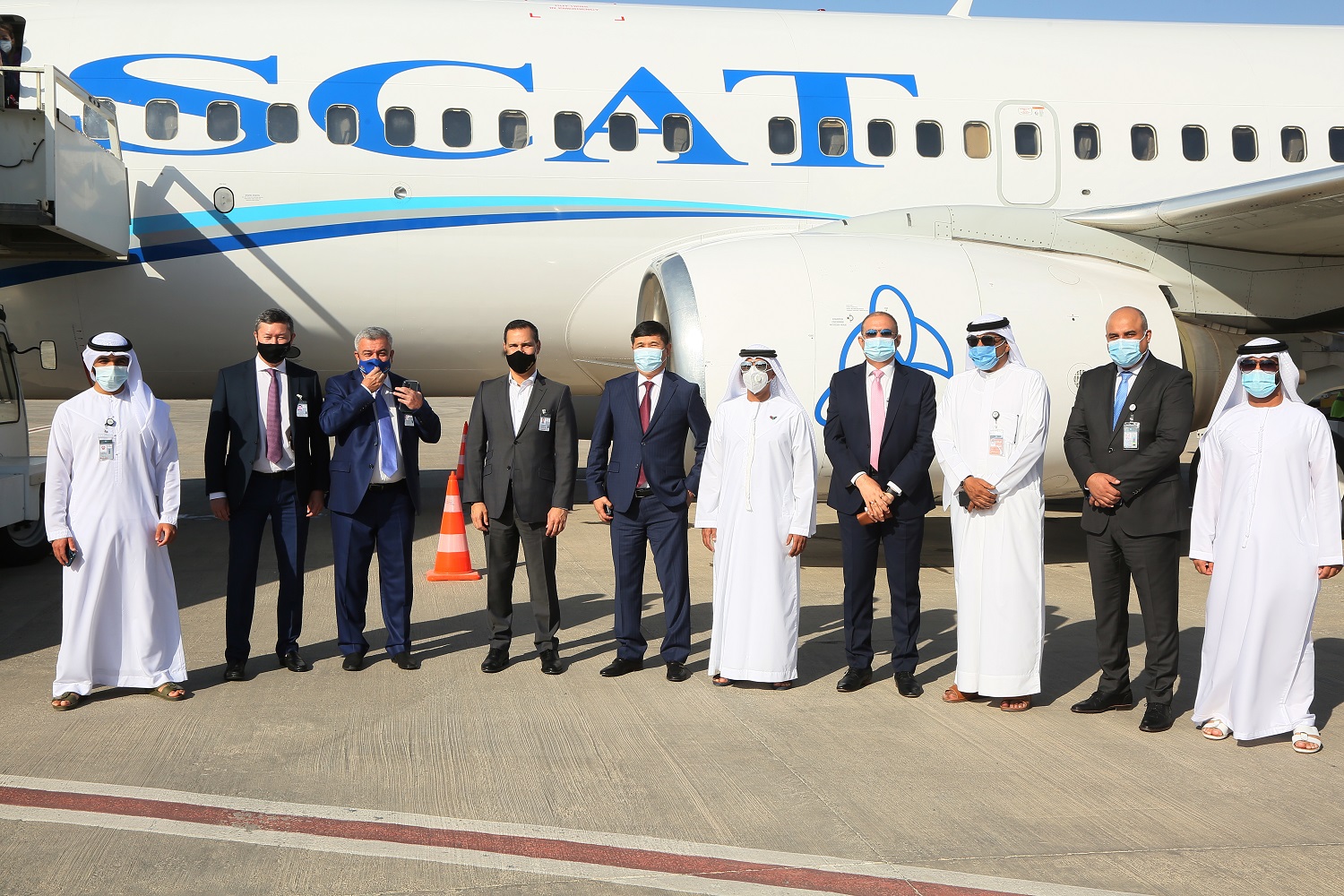 “Ras Al Khaimah International Airport as the fastest growing aviation hub in the UAE and is establishing itself as a vital port of entry into the country. With its ongoing expansion plans that are accelerating into a new phase, RAK Airport will play an increasingly important role in the UAE’s development plans for the next 50 years, creating stronger links to the UAE with cultures around the world,” said H.E. Engr. Salem Sultan Al-Qasimi, Chairman of the Department of Civil Aviation and Ras Al Khaimah International Airport, board member of General Civil Aviation Authority & RAK Executive Council.

“Providing another access point for visitors to the country and offering more choice for their itineraries, it is essential for RAK Airport to realize the vision of His Highness Sheikh Saud bin Saqr Al Qasimi, UAE Supreme Council Member and Ruler of Ras Al Khaimah, to increase the emirate’s economic diversification, with tourism being a central component. A main strand of the strategy involves attracting more visitors to Ras Al Khaimah’s unique tourist offerings, and in the process to cement the emirate as a choice destination in its own right,” His Excellency added.

“SCAT Airlines’ new operation in partnership with Ras Al Khaimah International Airport has created a vital new link between Kazakhstan and the UAE and one that will serve both countries extremely well. Expo2020 is just around the corner and this service will offer a direct connection from eight major Kazakhstan cities – including its capital Nur Sultan that has a population of more than one million to the host country of the world’s largest exposition. Kazakhstan has an emergent middleclass keen to visit new destinations. The relaxing of restrictions as the coronavirus pandemic finally comes to an end will entice UAE citizens and residents to explore new regions. I expect that we will witness significant two-way passenger traffic on this new SCAT Airlines route in the coming months,” said His Excellency Menilbekov Madiyar, Ambassador of Kazakhstan to the UAE.

“Ras Al Khaimah represents one of the most important additions to SCAT Airlines’ operations since our establishment in 1997. The UAE is Kazakhstan’s leading strategic, trade and economic partner in the Arab region and this service will fuel bilateral trade and increase connectivity between the two countries. It will also play a vital role in boosting tourism between our respective regions and open up the wonders of both countries to new segments of visitors,” said Vice President of JSC “Air company SCAT” Sytnik Vladimir.

“We are delighted to announce that our airport has extended the area of operations into Central Asia through its partnership with SCAT Airlines. The new schedule operated by SCAT offers both our UAE and Kazakhstan passengers exciting new regions to discover and will help Ras Al Khaimah expand its tourism sector, which forms a major aspect of the emirate’s diversification policy. This partnership will also play an important role in the UAE’s aim of attracting 25 million visitors to the forthcoming Expo2020 and assisting the country with its wider economic agenda,” said Sanjay Khanna, Chief Executive Officer of Ras Al Khaimah International Airport.

The new partnership between RAK Airport and SCAT Airlines has been forged despite the aviation sector’s downturn in the wake of the coronavirus pandemic and its associated travel restrictions. The carrier is one of a number of new airlines to commence operations from RAK Airport in recent months, with these carriers taking passengers to an array of destinations in the Gulf region and across the Indian sub-continent. This uptick in new services has cemented the airport’s status as the UAE’s fastest growing aviation hub.

“The fact that we have been able to increase our passenger operations with a number of different carriers at this particularly challenging time shows that the demand for low-cost international travel remains strong, provided you have the right service. RAK Airport offers passengers numerous advantages including excellent connectivity with the Northern Emirates and virtually no delays. I believe that the continued demand we are experiencing at this time bodes well for all aviation operators who can combine great value with a rewarding travel experience,” added Sanjay Khanna.

SCAT Airlines is based at Shymkent Airport, Kazakhstan, with additional bases at Aktau, Astana and Almaty airports. Established in 1997, SCAT serves international destinations in the CIS and Central Asia as well as operates an extensive network of domestic services alongside its regional subsidiary, Southern Sky Airlines.