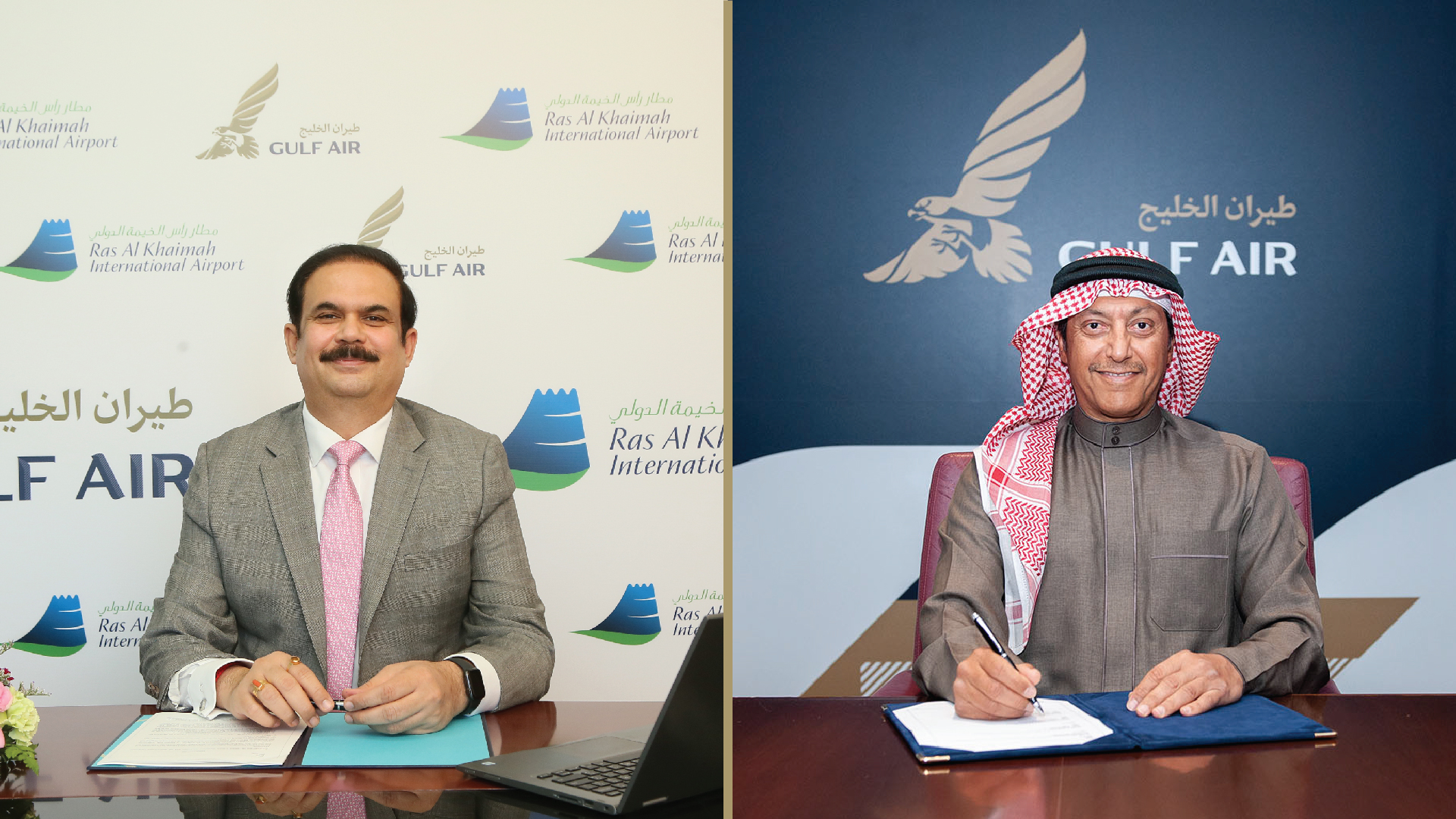 Heralding a new phase of operations for RAK International Airport, which is quickly establishing itself as a major transport and logistics hub for the UAE, the MoU was signed in a virtual ceremony that brought together high-ranking executives from both organizations.

“We are always keen to explore ways to enhance the connectivity between the Kingdom of Bahrain and the UAE. As a boutique carrier, we look forward to adding Ras Al Khaimah to our network of destinations,” said Gulf Air’s Acting Chief Executive Officer, Captain Waleed AlAlawi.

“We are extremely impressed with the facilities that RAK International Airport provides, which will serve the high standards our passengers expect from Gulf Air,” he added.

For his part, Sanjay Khanna, Chief Executive Officer of RAK International Airport, said: “The aviation industry has its eyes set on recovery following the difficult year we had in 2020. The air ways are opening up as COVID-19 restrictions gradually ease, and passengers grow increasingly confident to take to the skies once again. With this in mind, we are delighted to sign this Memorandum of Understanding with Gulf Air to set the stage for flight services between Bahrain and Ras Al Khaimah – along with the Northern Emirates – and enhance Ras Al Khaimah International Airport’s connectivity to destinations around the world.”

“Gulf-state connectivity is a key tenet of our expansion strategy, and with its long history, commendable track record, and vast network, Gulf Air is an ideal partner for this mission. Aiming to build connectivity between the Emirate and the Kingdom of Bahrain, this move will allow residents, expats, and tourists in the Northern Emirates of the UAE to connect as far as the Philippines in the east and London in the west,” Khanna added.

In November last year, RAK International Airport commenced passenger services with Indian value carrier SpiceJet flying out of Delhi, with Mumbai, Lucknow and Cochin added at the start of this year, along with increased frequencies from the Indian capital.

Gulf Air commenced operations in 1950, becoming one of the first commercial airlines established in the Middle East. The airline operates scheduled flights from its hub at Bahrain International Airport to cities in Europe, Middle East, Africa, Indian sub-continent and the Far East. Gulf Air currently serves all its destinations with a combination of wide and narrow body fleet of Boeing and Airbus aircraft. Renowned for its traditional Arabian hospitality, Gulf Air is committed to being an industry leader and developing products and services that reflect the evolving needs and aspirations of its passengers.