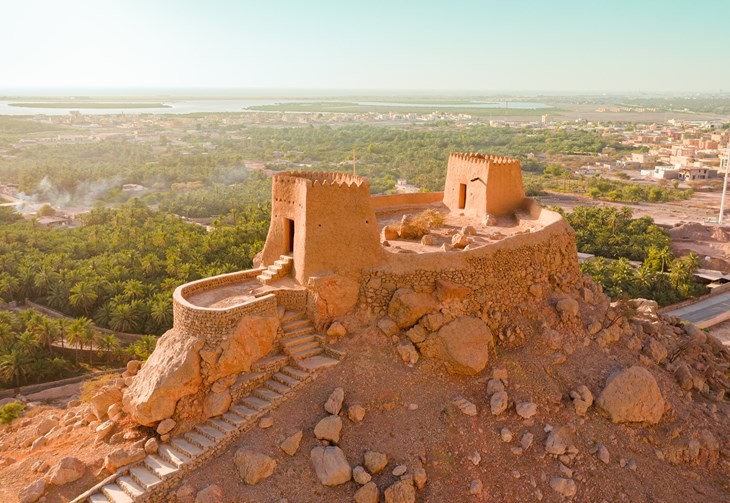 Ras Al Khaimah was named the Gulf Tourism Capital for 2021 at the fifth annual meeting of Tourism Ministers of the Gulf Cooperation Council. During a virtual meeting to discuss Gulf integration in the tourism sector, Ras Al Khaimah was commended for its identity as a sustainable tourist destination and was awarded the coveted title for the second year running.

Ras Al Khaimah is considered one of the most diverse Emirates offering world-class experiences and attractions, which has enabled it to assert its position on the Global tourism map as the fastest growing destination in the region. Moreover, the Gulf Tourism Capital award this year is a testament to its early and sustained action to curb the spread of the COVID-19 pandemic, resulting in global recognition as a safe destination for inbound tourism. It was the first city and Emirate in the world to receive both the prestigious ‘Safeguard Assurance’ Label from Bureau Veritas, a leader in testing and inspection services and the World Travel and Tourism Council (WTTC) Safe Travels Stamp. The Authority continues to build on its ‘safe destination’ status, offering complimentary COVID-19 PCR testing for international visitors staying in Ras Al Khaimah until the end of this year.
Building on the momentum of recovery, Ras Al Khaimah also announced a series of firsts – the world’s first Bear Grylls Explorer Camp to open with accommodation offerings as well as the highest restaurant in the UAE – 1484 by Puro – both attractions located on Jebel Jais, the highest mountain peak in the UAE. In addition to this, UNESCO World Heritage announced that four sites in Ras Al Khaimah; Julfar, Jazirah al-Hamra, Shimal and Dhayah, have been included on the tentative list of World Heritage Sites, an acknowledgement that will serve to further strengthen the recovery performance of the Emirate’s tourism and hospitality industries.

Raki Phillips, CEO of Ras Al Khaimah Tourism Development Authority said: “We are delighted that the Emirate of Ras Al Khaimah has once again been recognised as the Gulf Tourism Capital by the esteemed tourism Ministers and senior officials of the Gulf Cooperation Council. It is an especially welcome announcement in an unprecedented and immensely challenging year and is testament both to the resilience of our industry and our ongoing focus on innovation to bring visitors back.”

“In line with the esteemed vision of Sheikh Saud Bin Saqr Al Qasimi, Supreme Council Member and Ruler of Ras Al Khaimah, the Emirate has grown in stature as a leader in adventure, culture and nature tourism in the region and we will continue on our journey to sustainably grow the destination in 2021 and beyond.”

The announcement follows impressive growth in the Ras Al Khaimah’s RevPAR and ADR across July and August this year, the only regional market to achieve this. The Middle East Hotel Benchmark Survey Report, conducted by Ernest and Young across the hospitality sector, saw an ADR increase from July 2019 to July 2020 in the Emirate of over 70% resulting in robust RevPAR growth of 13%. In August, a similar pattern emerged with an ADR increase of over 60% from August 2019, leading to RevPAR growth of over 15%. The growth can be attributed to enhanced safety and hygiene measures as well as the dedicated Shortcation marketing campaign, which drove 15,000 room night bookings in 12 weeks.
The Emirate is looking to grow its offering to attract further visitation through a long-term investment strategy aimed at developing Jebel Jais as a standalone destination. This will be achieved through the diversification of its offering and introducing several new nature-based sustainable projects on the UAE’s highest mountain.