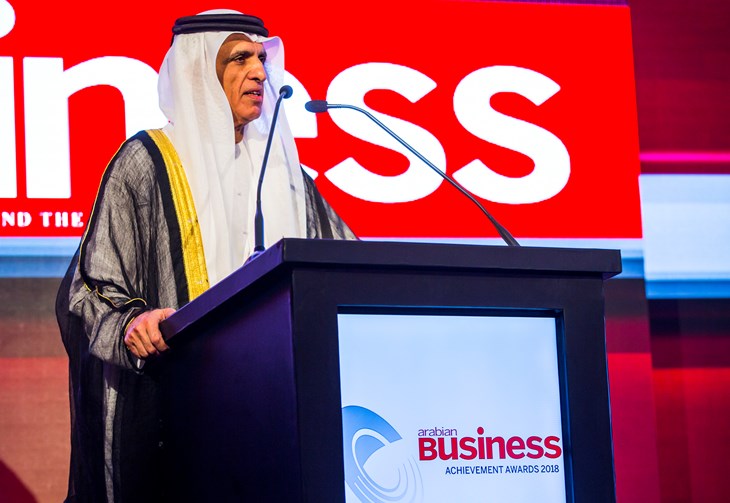 In his acceptance speech, Sheikh Saud thanked the leadership of the UAE, the people of Ras Al Khaimah and those who have inspired him over the years.

Sheikh Saud said that he accepted the award “not just for myself but for the people I am privileged to lead in Ras Al Khaimah”. The people of Ras Al Khaimah, both Emiratis and expatriates, he said, all contribute to making the Emirate a fantastic place to live, work and visit and this award also honors the progress Ras Al Khaimah has made in recent years.

“I thank the leadership of the UAE, who have created a safe and prosperous home for people from across the globe. Without their vision, the UAE would not be the great country it is today.

Some people want to achieve things in their lifetime … but what’s more important is to make a mark for generations to come – and that’s what I seek to achieve.

My time on this earth is finite … Ras Al Khaimah’s success should be endless.”

“There is no better example of a Visionary Leader than His Highness Sheikh Saud bin Saqr Al Qasimi. Under his leadership, Ras Al Khaimah has developed a hugely successful, diverse economy, including attracting over a million tourists to the Emirate this year alone.

He has grown the Emirate into place where people can prosper, under a strong rule of law, and one in which every Government department is striving on a daily basis to reach its aims.

But what is most impressive is the passion, determination and relentless drive for growth that His Highness displays every single day, whilst at the same time motivating those who work for him to achieve even greater success.”

“When our editorial teams met six months ago to consider this year’s award winners, we spent hours debating each choice – with just one exception.

The award of Visionary Leader of the Year to His Highness Sheikh Saud bin Saqr Al Qasimi was the clear and immediate choice of every single member of our team. His work ethic, vision and leadership are an example to us all.”