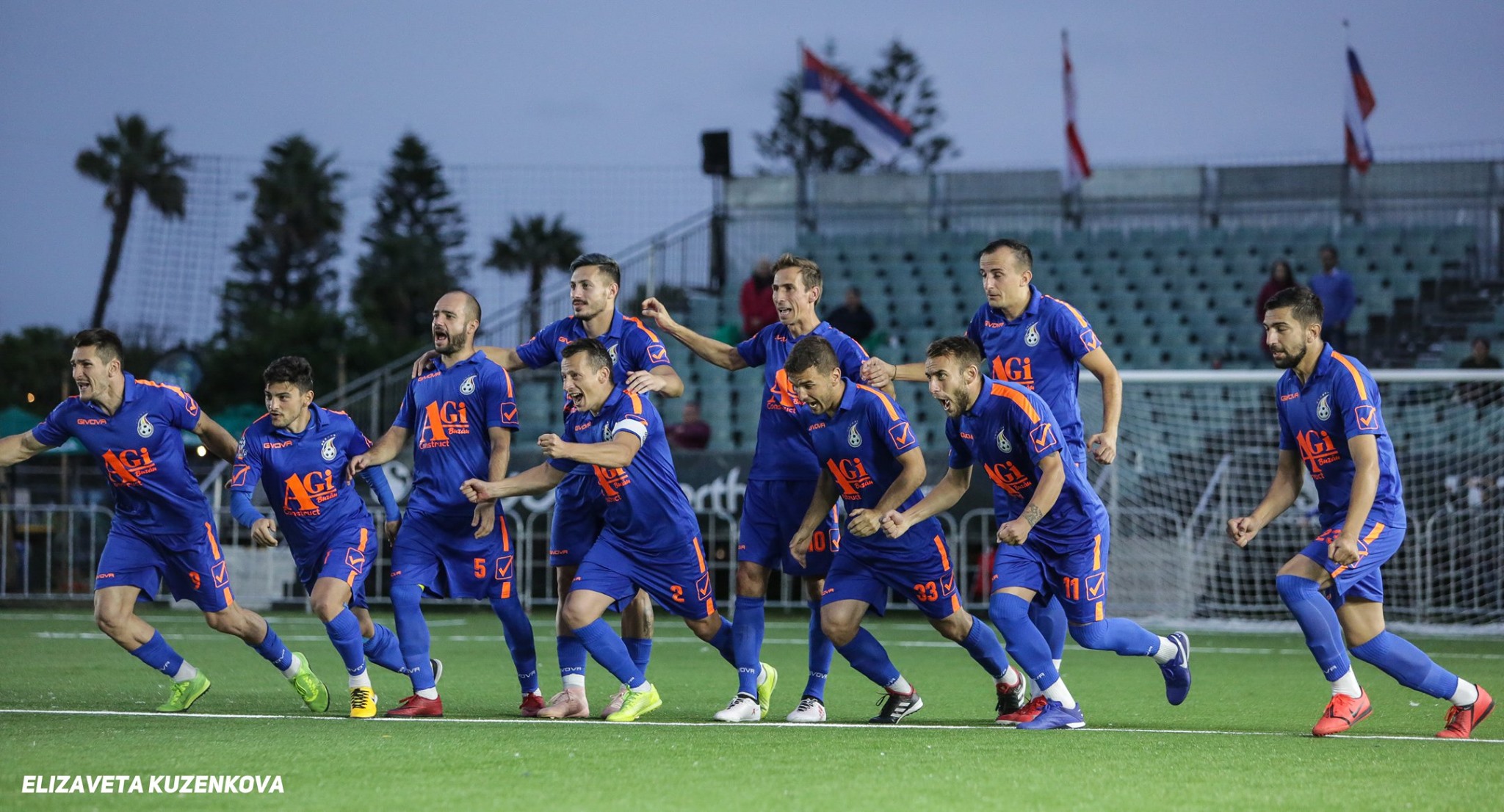 Sports tourism is gaining momentum in Ras Al Khaimah with the destination named host of the 2023 Minifootball (WMF) World Cup, a mega international football competition held every two years that attracts thousands of spectators and fans from around the globe.

Ras Al Khaimah Tourism Development Authority (RAKTDA) won the highly competitive bid to stage the 2023 tournament with the World Minifootball Federation (WMF) selecting the destination over other shortlisted contenders, including Manila and Budapest.  Final tournament dates will be announced in the coming weeks.

The tournament, which will bring together 24 national teams and thousands of spectators to Ras Al Khaimah, cements the destination’s reputation for staging international sporting events, with the emirate already playing host to high-profile events including the Ras Al Khaimah Half Marathon, the world’s fastest half marathon which attracts more than 5,000 participants a year, road cycling competition UAE Tour as well as renowned international golf championships, the DP World Tour and the European Tour.

In addition to the significant tourism development and economic benefits that hosting the 2023 WMF World Cup will deliver, Ras Al Khaimah Tourism Development Authority (RAKTDA) believes the tournament will act as a springboard for the promotion of minifootball in the UAE, encouraging more residents and visitors to play the sport, in line with the emirate’s objectives to foster livability as well as engaging with local schools and sports clubs within the local and broader UAE community.

Raki Phillips, Chief Executive Officer of Ras Al Khaimah Tourism Development Authority, said: “Winning the bid to host the 2023 WMF World Cup marks another milestone in our strategy to promote Ras Al Khaimah as a destination for athleticism and major sporting events and I would like to thank the World Minifootball Federation for selecting the emirate to stage this prestigious tournament, one sought-after by many cities around the world. We consider this a major win for the community, not only in Ras Al Khaimah, but the UAE and wider Middle East region, and we have the full support of all stakeholders in orchestrating what we believe will be the most comprehensive, collaborative and community engaged WMF Cup tournament to date.”

“We are overwhelmingly proud to be able to showcase Ras Al Khaimah as a centre for sports and tourism to a new demographic of visitors, including competing WMF Cup athletes, their teams and thousands of avid minifootball fans, with the emirate not only home to great sports facilities, but a wide range of outdoor activities, including adventure pursuits on Jebel Jais, the UAE’s highest mountain.”

Filip Juda, President of the World Minifootball Federation, said: “I am excited to announce that the 2023 tournament will take place in Ras Al Khaimah, a highly attractive destination for many reasons, including its proven track record staging major sporting events. What impressed our judging panel was the destination’s compelling and diverse tourism offering, ease of access for our teams and fans; and importantly, its commitment to promoting sports in the community, with the 2023 World Cup throwing the spotlight on minifootball in the UAE and regionally, highlighting its positive contribution to the development of society.”

“I would like to congratulate Ras Al Khaimah Tourism Development Authority (RAKTDA) for winning the 2023 tournament bid and look forward to collaborating with the tourism authority to prepare and deliver an outstanding event that will wow our members, participants and fans.”

The last Minifootball World Cup was staged in Perth, Western Australia, in 2019. With the 2021 tournament, which was due to be staged in Kyiv, Ukraine, postponed in the wake of the pandemic, Ras Al Khaimah is anticipating strong demand from fans planning to attend the 2023 event.

Known as the nature emirate, with vast outdoor spaces, an attractive all-year-round climate, with temperatures in the mountains around 10 degrees cooler than elsewhere in the UAE, and a plethora of tourism attractions encompassing culture and heritage, deserts dunes and sandy beaches, plus mountain activities including the world’s longest zipline, Ras Al Khaimah is the ideal location for sports events visitors.  With the destination served by four international air airports across the UAE, including Ras Al Khaimah International Airport, it is easily accessible to two billion people within a four-hour flight radius.

The emirate has also been recognised for its robust health and safety initiatives during the pandemic, named a safe destination, as certified by both Bureau Veritas, the international leader in testing, inspection and certification and the WTTC (World Travel & Tourism Council) Safe Travels Stamp, while the UAE has one of the highest COVID-19 vaccination rates globally at 98% of the population.