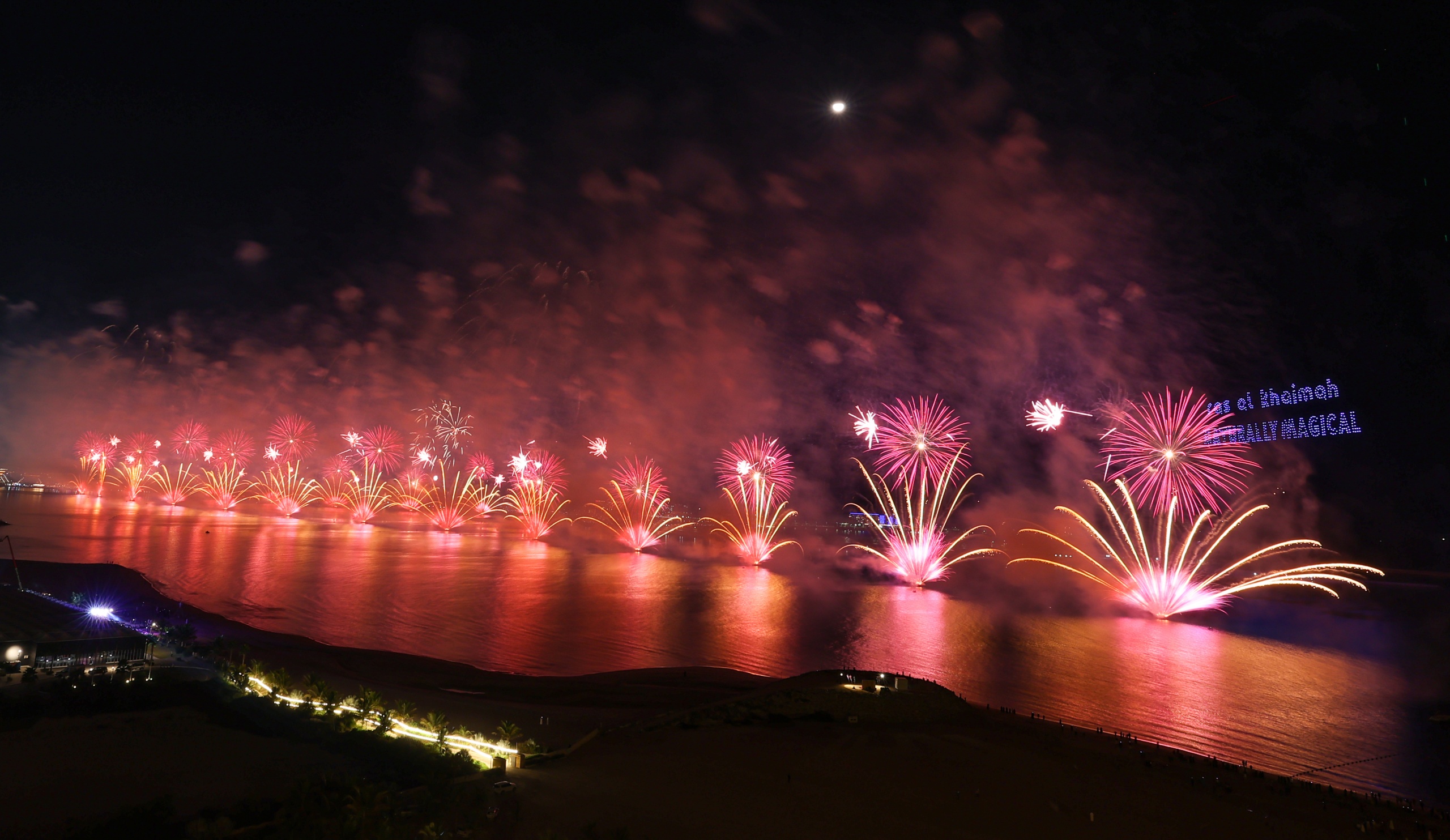 Securing the title of the ‘largest number of operated multi-rotors/drones with a simultaneous fireworks display’ with record-breaking 671 operated drones, and setting a brand-new world record for the ‘largest aerial sentence formed by multirotors/drones created with 673 drones, the 12-minute spectacle lit up the sky with a jaw-dropping pyrotechnic performance and larger-than-life fireworks display.

Attracting visitors from around the world, the show featured state-of-the-art drones, nano lights, colours and shapes all choreographed to electric beats. Covering a stretch of over 4.7 kilometres, it reached a height of 1,100 metres and smashed the previous record of 458 drones. Culminating in a ‘Happy New Year 2023’ message to signal new beginnings, the drones then seamlessly transitioned into the Emirate’s iconic ‘RAKashida’ logo to tie back to the destination. Taking inspiration from the ‘kashida’ concept in Arabic calligraphy – a line that connects letters to form a word – the logo represents the Emirate’s three uniquely recognisable natural elements: the sea with its perpetual swelling and subsiding, the desert with its undulating dunes, and the mountains with their staggering elevations.

Commenting on this year’s world record-breaking fireworks show, Raki Phillips, Chief Executive Officer of Ras Al Khaimah Tourism Development Authority, said, “Ras Al Khaimah has once again proven its position as a leading tourism destination that welcomes people from all over the globe. Not only have we set two new Guinness World Records titles for our #RAKNYE2023 celebrations, but we’ve also given thousands of visitors and residents a New Year’s Eve show that they’ll never forget. This marks a great start to what is set to be a hugely exciting and busy year for us as we continue to build the reputation of Ras Al Khaimah as the must-visit destination for 2023.”

The dazzling fireworks show was also visible from the many hotels lined up from Al Marjan Island to Al Hamra while many thousand others followed the celebrations live on raknye.com. The festivities saw over 30,000 visitors and hotels across the Emirate fully booked, making it the most visited show to date.