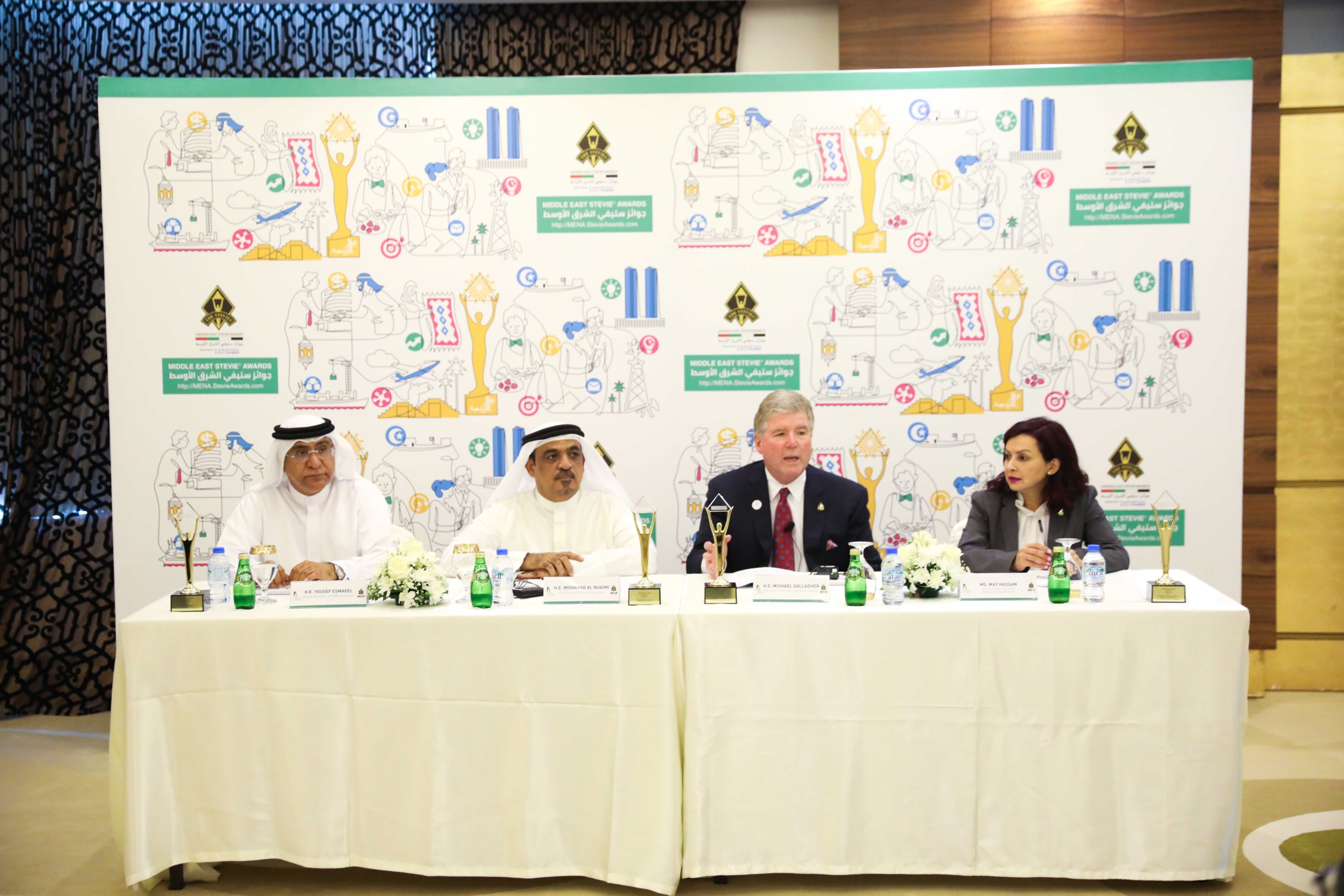 The Stevie® Awards, known widely as the ‘business Oscars’, has reached an agreement for a strategic partnership with Ras Al Khaimah Chamber of Commerce and Industry (RAK Chamber) for the first annual Middle East Stevie Awards to be held in Ras Al Khaimah in February 2020.

The Middle East Stevie Awards will recognize innovation in the workplace from across 17 MENA countries and the awards program and gala prize-giving ceremony will be held in Ras Al Khaimah for the first three years and at least every other year thereafter. The announcement was accompanied by a call from Stevie® Awards – the world’s premier business awards program – for entries for the inaugural edition.

RAK Chamber highlighted the significance of Ras Al Khaimah hosting the first Middle East Stevie Awards, saying that it was in line with Ras Al Khaimah Government’s ongoing concerted drive to showcase the Emirate as a premium destination for business, tourism and lifestyle.

“Hosting the inaugural edition of the Middle East Stevie Awards here in Ras Al Khaimah is a significant accomplishment, and another noteworthy milestone to add to the Emirate’s successful track record, continuing on the same path of progress that has been taking place across all sectors, in line with the directives of our wise leadership,”

“RAK Chamber is committed to supporting the regional business community and empowering it to move forward and excel on a global scale,” Mr Al Nuaimi added. “With that in mind, we collaborated with the prestigious Stevie® Awards to bring their positive program to the region. The Middle East Stevie Awards can serve as a powerful instrument for companies around the region to benchmark and enhance their performance, empower their human resources, and promote prosperity and excellence in the Middle East.”

The awards will be sponsored by RAK Chamber, with Ras Al Khaimah Government Media Office as media partner.

The Stevie Awards are widely considered to be the ‘Oscars’ of the business world, conferring recognition for achievement in the workplace in programs such as The International Business Awards®, The American Business Awards®,

“I was extremely gratified when the RAK Chamber approached us about partnering with them on a new Stevie Awards program for the Middle East and North Africa,” said Michael Gallagher, founder and executive chairman of the Stevie Awards. “We have recognized the achievements of executives, entrepreneurs, and organizations across the region for many years in our other programs.  The time is right for the region to have its own Stevie’s program. We are excited to launch the Middle East Stevie Awards, and look forward to the first gathering of Stevie Award winners in the program in RAK in February.”

The agreement is part of the Chamber’s efforts to provide a credible and highly regarded program to celebrate distinguished companies across a variety of business fields, which is reflective of the Emirate’s strategy to promote innovative thinking as a means to further development, in line with the UAE’s strategic goals.

The Middle East Stevie Awards are open to all government and private sector entities in the Middle East and North Africa. For full details of countries included, visit http://MENA.StevieAwards.com.

Nominations will be accepted and judged in Arabic and English in more than 100 categories across the following category groups:

Categories that recognise innovation in many forms of media including web sites, apps, annual reports and other work-related publications, and live events.

These categories honour innovation in executive management, including the Award for Innovative Management in a number of industry sectors.

These categories honour innovation in communications practice, management and use of technology.

Categories that recognise innovation in customer service management, planning, practice, and the use of technology.

Categories that recognise innovation in human resources management, planning, practice, and the use of technology.

Categories that honour achievement in marketing planning and practice.

These categories recognise innovation in new products and services in 12 different industry sectors.

Ras Al Khaimah (RAK) is the northernmost of the seven Emirates that make up the United Arab Emirates. It is known for its rich history, dating back 7,000 years, and diverse landscape, from 64km of pristine beaches, to terracotta deserts and an imposing mountain backdrop. The emirate is home to the tallest peak in the UAE, Jebel Jais, which features the world’s longest zip line at almost 3km. RAK is also centrally located at the modern crossroad between Europe, Asia and Africa, with one third of the world’s population within four hour’s flying time, making it an ideal location for businesses to expand into the UAE, the Middle East and Africa and beyond. At the emirate’s economic heart lies multiple major companies and diverse sectoral interests. They include: RAK Ceramics, RAKBANK, Julphar Pharmaceuticals, RAK Ports, RAK Rock, Stevin Rock, RAK Economic Zone, RAK Gas, manufacturing and tourism. Supporting these industries is a modern infrastructure, state-of-the-art industrial areas and business parks and world-class hotels, facilities and attractions for tourists. For the past decade, RAK has been consistently rated ‘A’ by Fitch and Standard & Poor’s rating agencies. The emirate is home to more than 15,000 businesses from 100 countries representing over 50 industries. RAK Courts is also the fastest court in the world at enforcing contracts in commercial disputes.

About the RAK Chamber of Commerce and Industry
RAK Chamber of Commerce and Industry (RAK Chamber) is the second chamber of commerce commissioned in the United Arab Emirates incorporated on 22 October 1967, RAK Chamber adopts the spirit of innovation and creativity, strong leadership and initiative to support and develop business sectors to achieve excellence and become pioneers, focusing on clients, investors and business by meeting their needs and offering them added value. The chamber is keen to create and develop a system of sustainable enterprise relations, and it also works to provide a business environment and practices that enhance the culture of group work by working in a spirit of a unified team – along with responding to internal and external changes by providing information, data, procedures and laws for all concerned categories. This is in order to achieve transparency and credibility and to create a business-motivating environment so as to promote the Emirate of Ras Al Khaimah as an economic hub in the United Arab Emirates.

Watch the full video about the press conference here