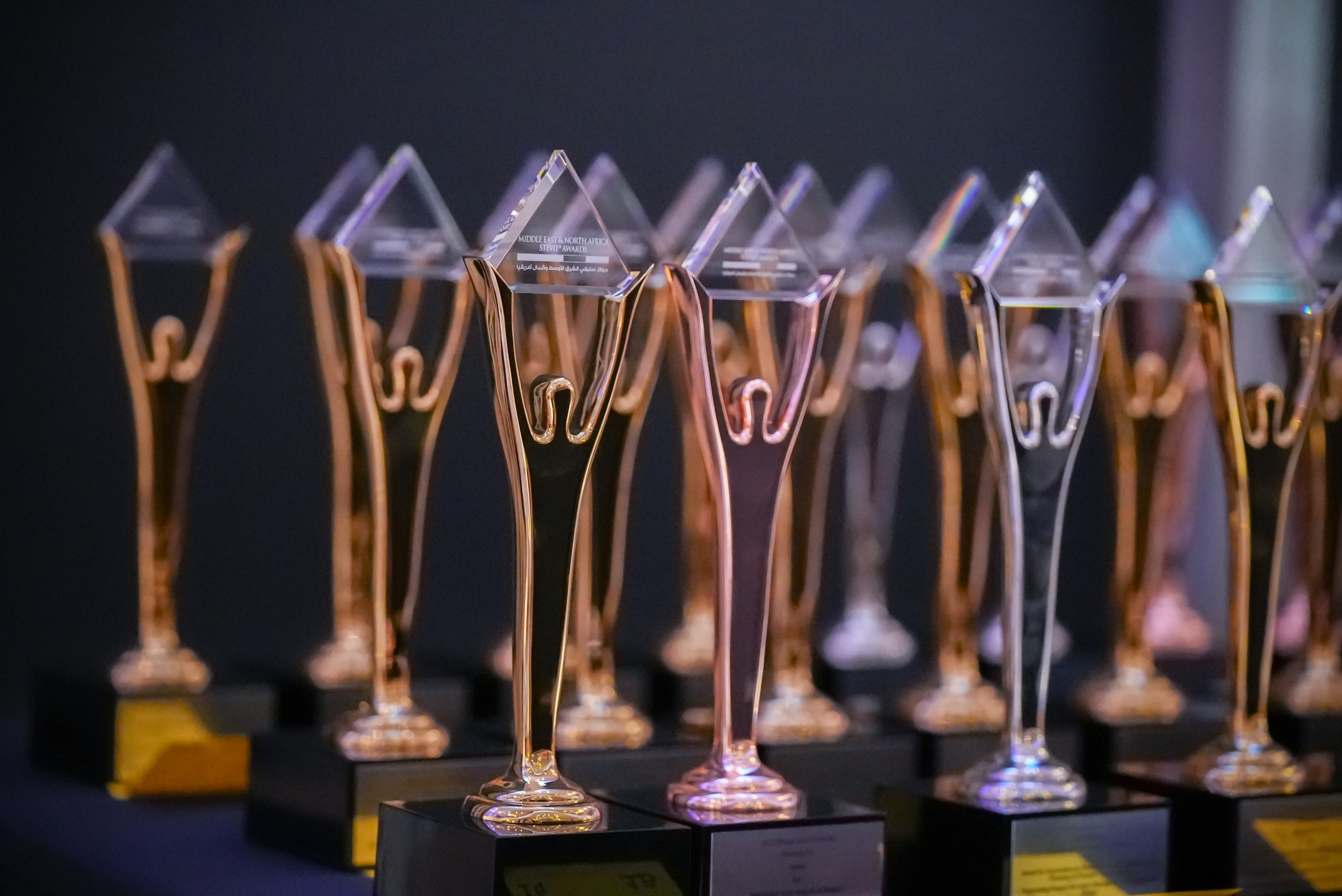 The Emirate of Ras Al Khaimah hosted the Awards ceremony to announce the winners of the third edition of Stevie Awards Middle East and North Africa. The award ceremony which was held under sponsorship of Ras Al Khaimah Chamber of Commerce and industry, the day before yesterday at Waldorf Astoria Hotel in Ras Al Khaimah. The ceremony was attended by H. E Mohamed Ali Mosbeh Al Nuaimi, Chairman, Ras Al Khaimah Chamber of Commerce, His Excellency Abdulaziz Abdullah Al Zaabi, Chairman, RAK Properties, Chairman, Ras Al Khaimah Hospital, H E Youssef Ismail, Head of the Supreme Committee of Saud Bin Saqr Foundation for Youth Project Development, Chambers’ Board Members and officials, and Directors of local departments in the Emirate of Ras Al Khaimah, and representatives of the winning entities. The winners have been honored from government and private sector institutions from 17 countries in the Middle East and North Africa, who made distinguished achievements across all the award’s categories. 39 out of the 83 winners are from UAE government and private sectors in Abu Dhabi, Dubai, Sharjah, Ajman and Ras Al Khaimah.

H. E Mohamed Ali Mosbeh Al Nuaimi, Chairman of Ras Al Khaimah Chamber of Commerce and Industry affirmed that Stevie Awards Middle East and North Africa has made great a move in recognizing and honoring excellence and innovation in the region. He pointed out that the award has established its position among the leading global awards on the scene. Since its launch in 2002, the award has adopted many indicators of competitiveness and international standards. Today we are here to celebrate the results of the great achievements of the companies, corporations and individuals, under the slogan of “Excellence based on results”. Al Nuaimi further noted that Stevie Awards is one of the world’s premier business awards that targets the government and private companies and organizations recognizing their outstanding performances and achievements and people who stand behind them in all over the world, based on the assessment by experts and specialists from across the world to be selected for the judging panels and they work according to the global assessment standards.

The officials at Stevie Awards Middle East and North Africa have extended their thanks and appreciation to His Highness Sheikh Saud bin Saqr Al Qasimi, Member of the Federal Supreme Council; Ruler of Ras Al Khaimah and Ras Al Khaimah Chamber of Commerce and Industry for hosting this event and the Award Ceremony, emphasizing that this outstanding achievement of the award in its third edition would not have been possible without the efforts and cooperation of the Ras Al Khaimah Chamber of Commerce, and all local departments in the emirate.

The winners of the award from abroad expressed their pleasure, and affirmed that they are honored by their presence in UAE for representing their government and private institutions, they extended their thanks and appreciation to the organizers and to Ras Al Khaimah Chamber of Commerce and Industry for sponsoring and organizing this distinguished event and their warm reception and care for the winners.