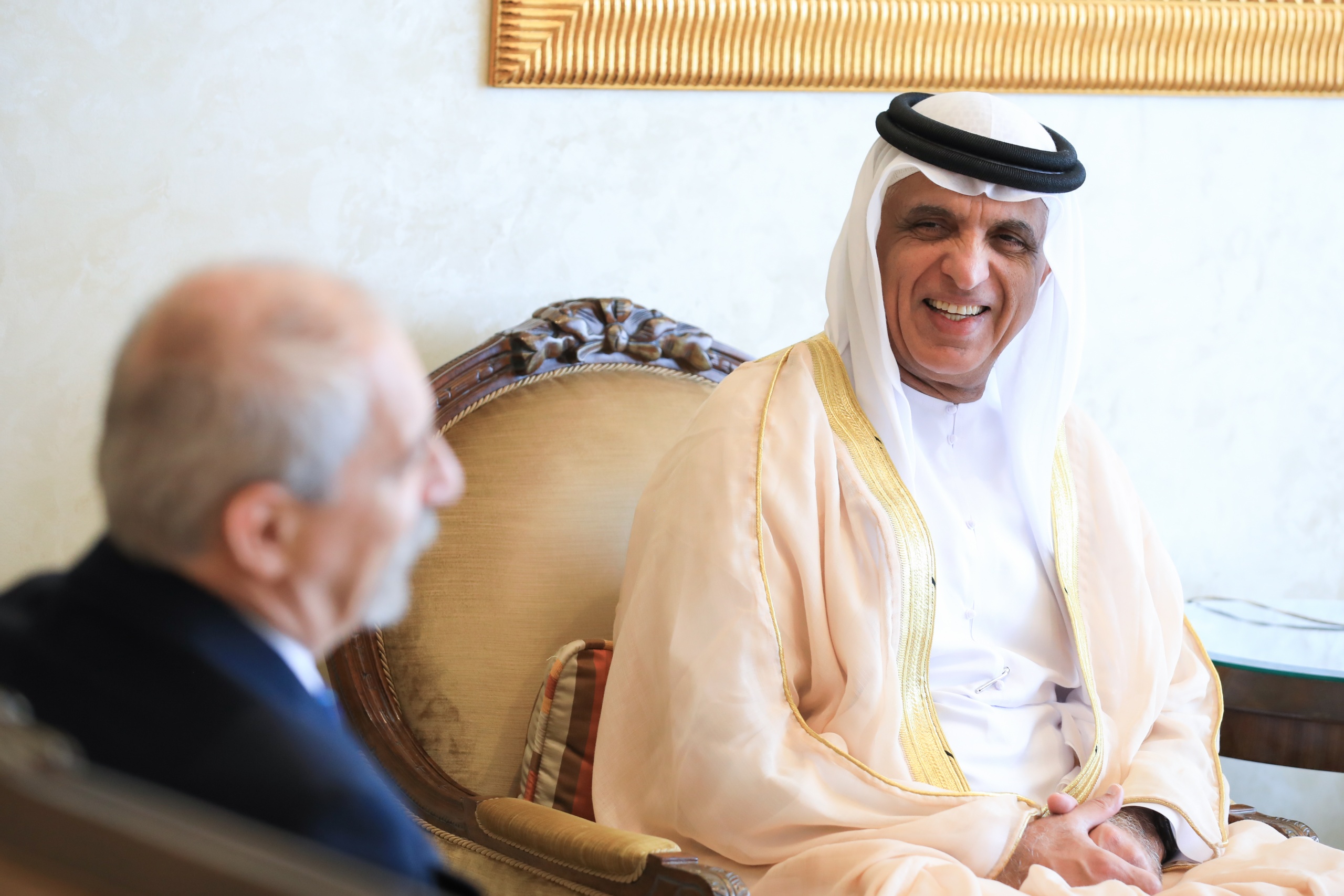 H.H. Sheikh Saud bin Saqr Al Qasimi, Supreme Council Member and Ruler of Ras Al Khaimah, received today, at his Palace at the Saqr bin Mohammed City, Adrian Macelaru, Ambassador of Romania to the UAE, who called on him on the occasion of the end of his tenure in the country.

The RAK Ruler wished the Ambassador success in his future endeavours, and praised his efforts in developing cooperation relations between the UAE and Romania.

For his part, Ambassador Macelaru commended the bilateral relations between the two countries in various fields and extended his thanks and appreciation to the Ruler of Ras Al Khaimah for his support during his tenure in the UAE.