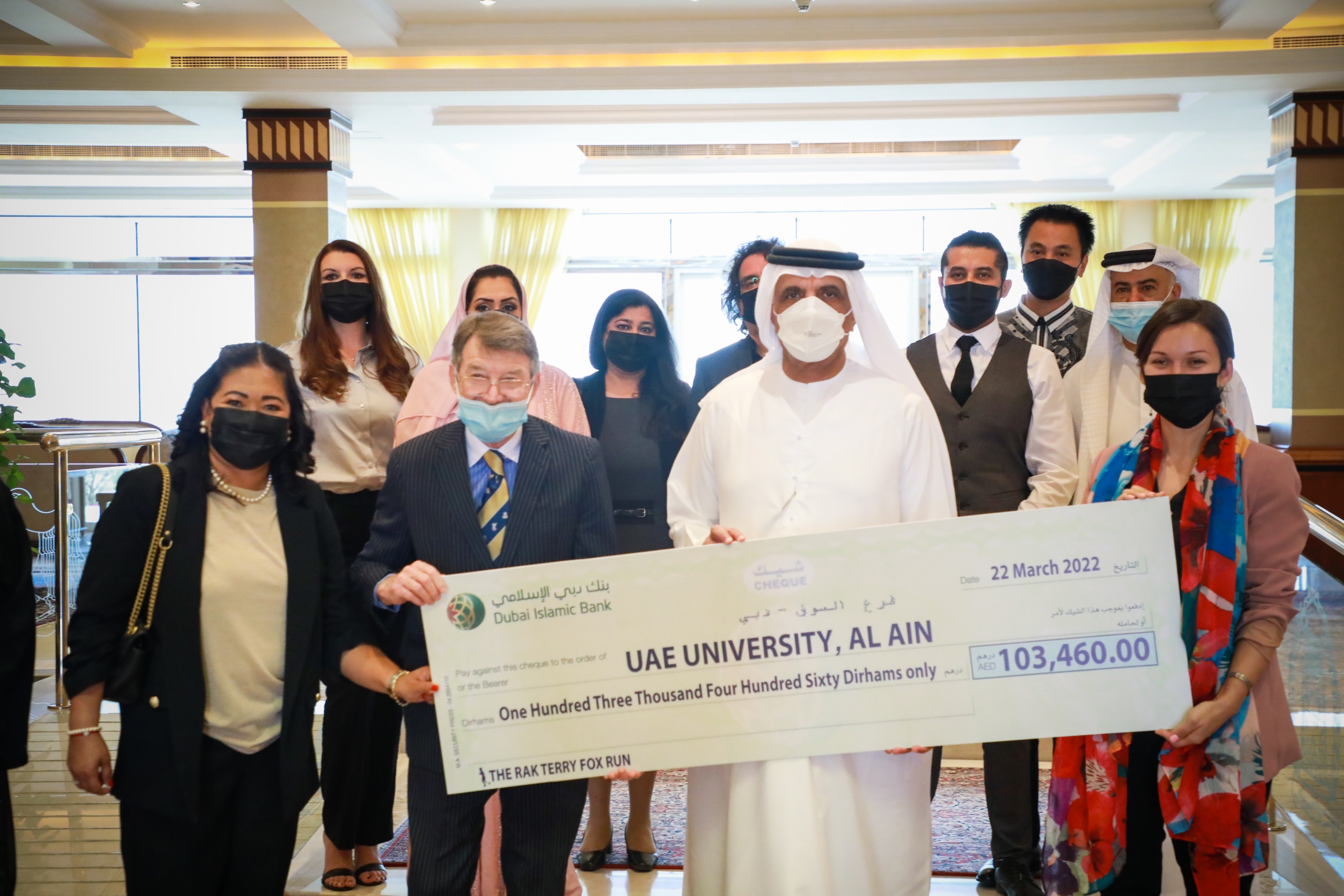 He made this statement while receiving the organising committee of the Terry Fox Run. He also donated the proceeds from the run to the United Arab Emirates University (UAEU) delegation in Al Ain to support the University’s cancer research.

During the meeting, Sheikh Saud lauded the efforts of the organising committee, as well as all entities and individuals who contributed to ensuring the event’s success.

The run was held in Ras Al Khaimah, under the patronage of Sheikh Saud, in cooperation with the Saqr bin Mohammed Al Qasimi Charity and Humanitarian Foundation.

The event’s organisers thanked Sheikh Saud for supporting the charity initiative, which commemorates the memory of the Canadian athlete, Terry Fox, and aims to support cancer research.