Ruler of Ras Al Khaimah Receives The Ambassador of Singapore 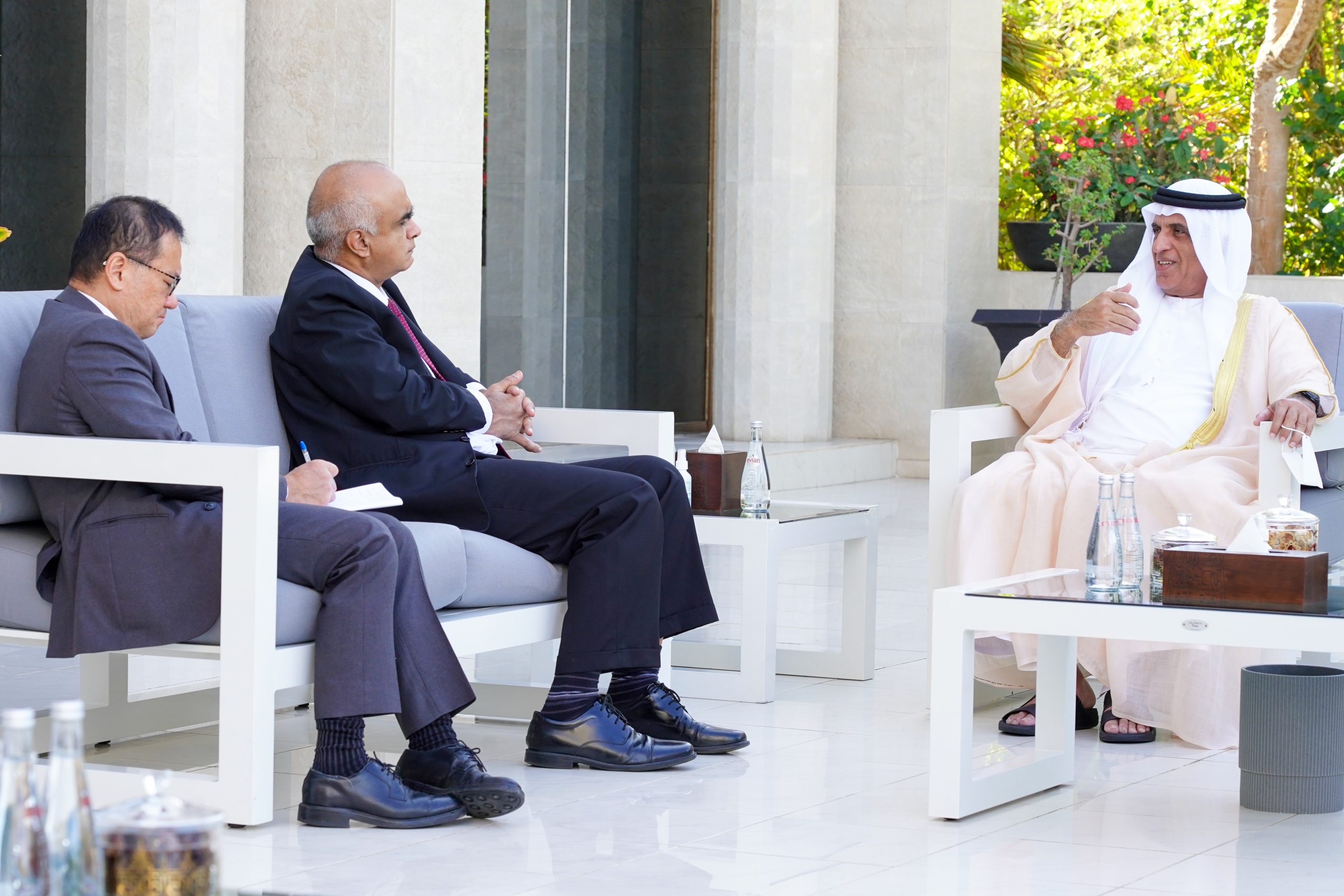 H.H. Sheikh Saud bin Saqr Al Qasimi, Supreme Council Member and Ruler of Ras Al Khaimah, received today, at his Palace at the Saqr bin Mohammed City, Kamal R Vaswani, Ambassador of the Republic of Singapore to the UAE, and his accompanying delegation.

The RAK Ruler welcomed the Singaporean diplomat and wished him good luck and success in discharging his assignment which would contribute to promoting cooperation between the two countries in various areas.

During the meeting, the RAK Ruler welcomed the Singaporean Ambassador and exchanged talks with him on means to further promote the cooperation ties between the two countries in all avenues.

H.H. Sheikh Saud also lauded the relations of friendship that exist between the two countries and their peoples.

For his part, Ambassador Vaswani extended his thanks and appreciation to the Ruler of Ras Al Khaimah for his warm welcome and hospitality.

Sheikha Amenah bint Saud bin Saqr Al Qasimi, Chairwoman of the Board of Directors of the Investment and Development Office in Ras Al Khaimah, also attended the meeting.