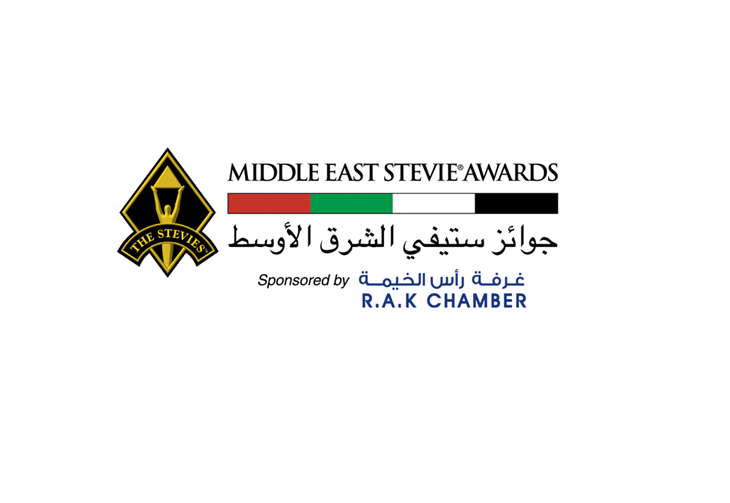 Winners in the second Middle East & North Africa Stevie® Awards were announced and will be celebrated at a virtual awards ceremony on June 2, sponsored by RAK Chamber of Commerce and Industry. A total of 156 awards from 17 countries were announced within the Middle East and North Africa Area; broken down as follows: a total of 27 Gold Awards, 31 Silver Awards, and 53 Bronze Stevie Awards.

His Excellency Muhammad Musabbah Al Nuaimi, Chairman of the Ras Al Khaimah Chamber of Commerce, appreciated the efforts of everyone who contributed to the success of this program as well as those in charge of managing the awards, the distinguished work teams, and the impartial arbitration committees, and their keenness and efforts to reach the award to its desired goals. More than 700 organizations across the region were considered in the 2021 Stevie Awards. Al Nuaimi expressed his happiness and pride in this group of Stevie Award winners, and stressed that the award competitions is developing year after year, adding that, despite the Corona pandemic, which occupied the world last year, it did not prevent the nominees for the award from practicing their innovations and inventions, and their initiative to submit Stevie Awards nominations. Pointing out that the “Stevie Awards” is one of the most sought-after awards on the global level, as entrepreneurs in all sectors and all over the world can participate in the award.

Maggie Gallagher, President of the Stevie Awards, announced that the award is the first award program dedicated to honoring innovation in the business sector across 17 countries in the Middle East and North Africa, adding that the award, in its second year, has honored institutions in more than 10 markets. They included the United Arab Emirates, Bahrain, Saudi Arabia, Kuwait, Egypt, Jordan, Lebanon, Oman, Qatar, and Turkey.

Winners of the 2021 Gold, Silver and Bronze Stevie Awards in the UAE include: Etihad Aviation Group, Ras Al Khaimah Transportation Authority, Ministry of Health from Abu Dhabi, Pronova for Consulting from Dubai, and from the Kingdom of Saudi Arabia, DH Al Express from Khobar, and from the Kingdom of Bahrain, the Ministry of Interior, represented by the General Directorate of Traffic, and from Oman, Ooredoo won from Muscat, and from Turkey, both Coca-Cola won from Istanbul; and Danone Specialty Nutrition Istanbul. Many more winners will be honored at the virtual awards ceremony on 2 June.

And she added by saying: “Despite the obstacles presented by the COVID-19 pandemic over the past year, these organizations have shown us that it is possible to innovate and succeed at any time, regardless of the challenges.  We look forward to celebrating the Stevie winners during our virtual ceremony in June. Giving appreciation to the efforts of these institutions and those in charge of them, pointing out that all information about the awards and the winners will be available on the award website.

All organizations operating in 17 nations of the MENA region – large and small, public, and private, for-profit and non-profit – were eligible to submit nominations to the Middle East & North Africa Stevie Awards in a wide range of categories, honoring innovation in every aspect of work life, from customer service and management to marketing and product development. More than 700 nominations in Arabic and English were reviewed in the judging process this year by 70 professionals worldwide, whose average scores determined the winners.