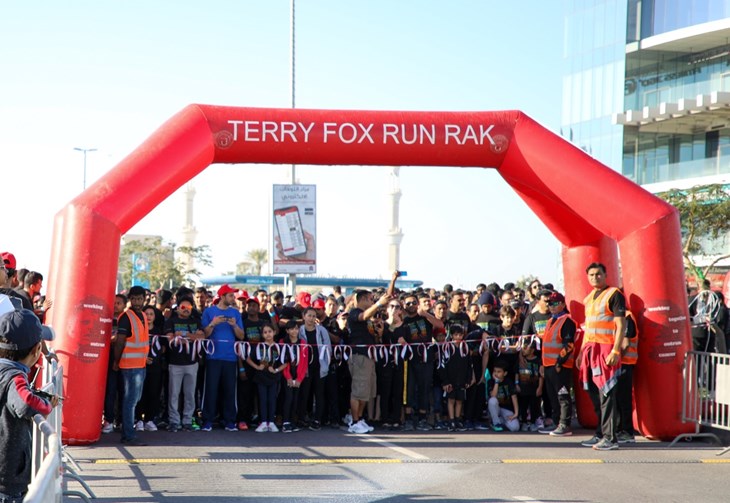 Held under the patronage of H.H. Sheikh Saud and in cooperation with the Saqr bin Mohammed Al Qasimi Charity and Humanitarian Foundation, thousands of people attended the event on Al Qawasim Corniche.

The Terry Fox Run has become one of the most popular events in the Emirate, with all money raised donated to UAE University in Al Ain for cancer research.

Terrance “Terry” Fox was a cancer patient and amputee who, in 1980, inspired the world with a cross-Canada run to raise money and awareness for cancer research. He died in 1981, but his efforts resulted in a lasting legacy and Terry Fox Runs now involves millions of participants across the globe.