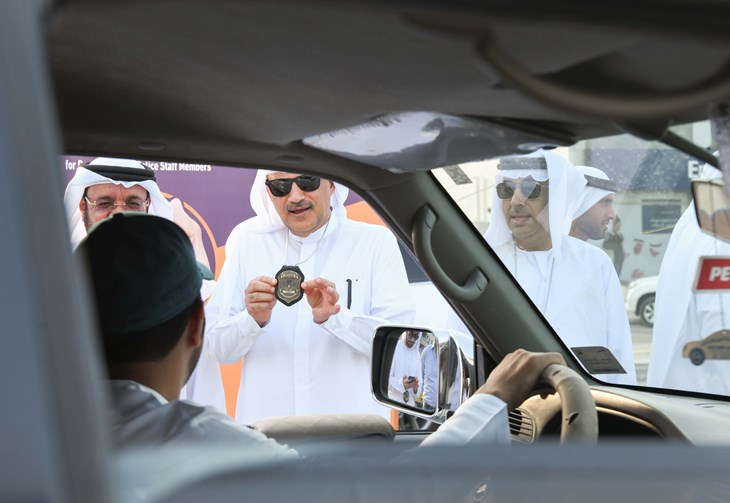 Held at Al Qawasim Corniche, the launch ceremony was attended by leading figures from RAK Police.

H.E. Al Tayer asserted that deploying police officers in the field enhances security among members of the community, adding that the field campaign included the distribution of pamphlets and leaflets to the public, explaining the role of the new badge in identifying police officers in their civilian clothing, and allowing them to always be ready to perform their duties.

Brigadier Al Tayer noted that RAK Police launched a full media plan to reach out to all segments of the community, which included ads and posters that introduced the badge to the public, in addition to placing a photo of the badge on police vehicles and promoting it on social media.

For his part, Major Yousif Al Taniji, Head of the Institutional Excellence Department at RAK Police and Manager of the Badge Project, revealed that 1,000 pamphlets have been distributed to the public, containing details about the badge and calling the public for cooperating with those who carry it.