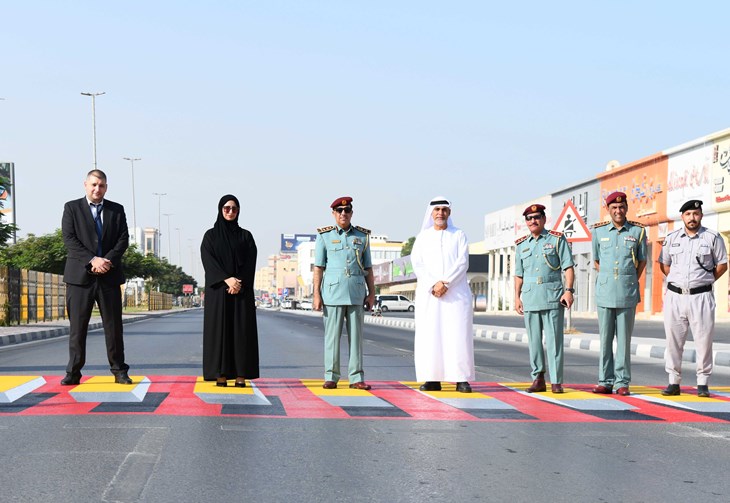 The Traffic and Patrol Department at the Ras Al Khaimah Police General Headquarters has set up 3D pedestrian crossings on the Sheikh Muhammad Bin Salem Road to prevent vehicle-pedestrian collisions. The project is executed in collaboration with the RAK Public Services Department.

The crossings are the first step of a larger plan to introduce 3D pedestrian crossings across all major roads in Ras Al Khaimah. The project has successfully reduced the number of collisions involving pedestrians and speeding motorists at the intersections where they have been set up.

Brigadier Ahmad Al Naqbi, Director of the Traffic and Patrols Department, asserted that the advanced crossings will help curb speeding incidents on vital roads, which is particularly important at night time, when pedestrian numbers swell while visibility decreases.