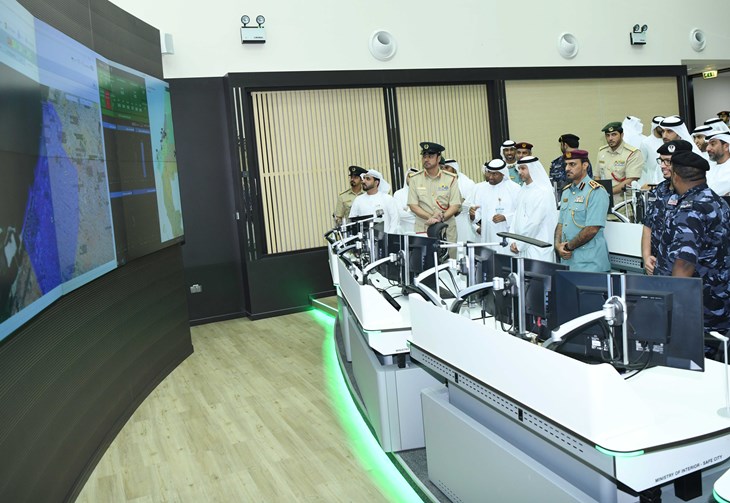 The meeting explored Electronic Police Monitoring procedures, where Maj. Gen. Al Nuaimi commended the efforts to implement the Ministry of Interior’s project to roll out electronic monitoring for convicted persons. RAK Police exchanged insight and expertise with the visiting delegates, seeing as the Ras Al Khaimah Police General Headquarters was the first to implement the MoI’s project.

The delegation concluded their visit with a tour of the RAK Police Central Operations Room, where they witnessed the Electronic Police Monitoring system implemented on the ground.