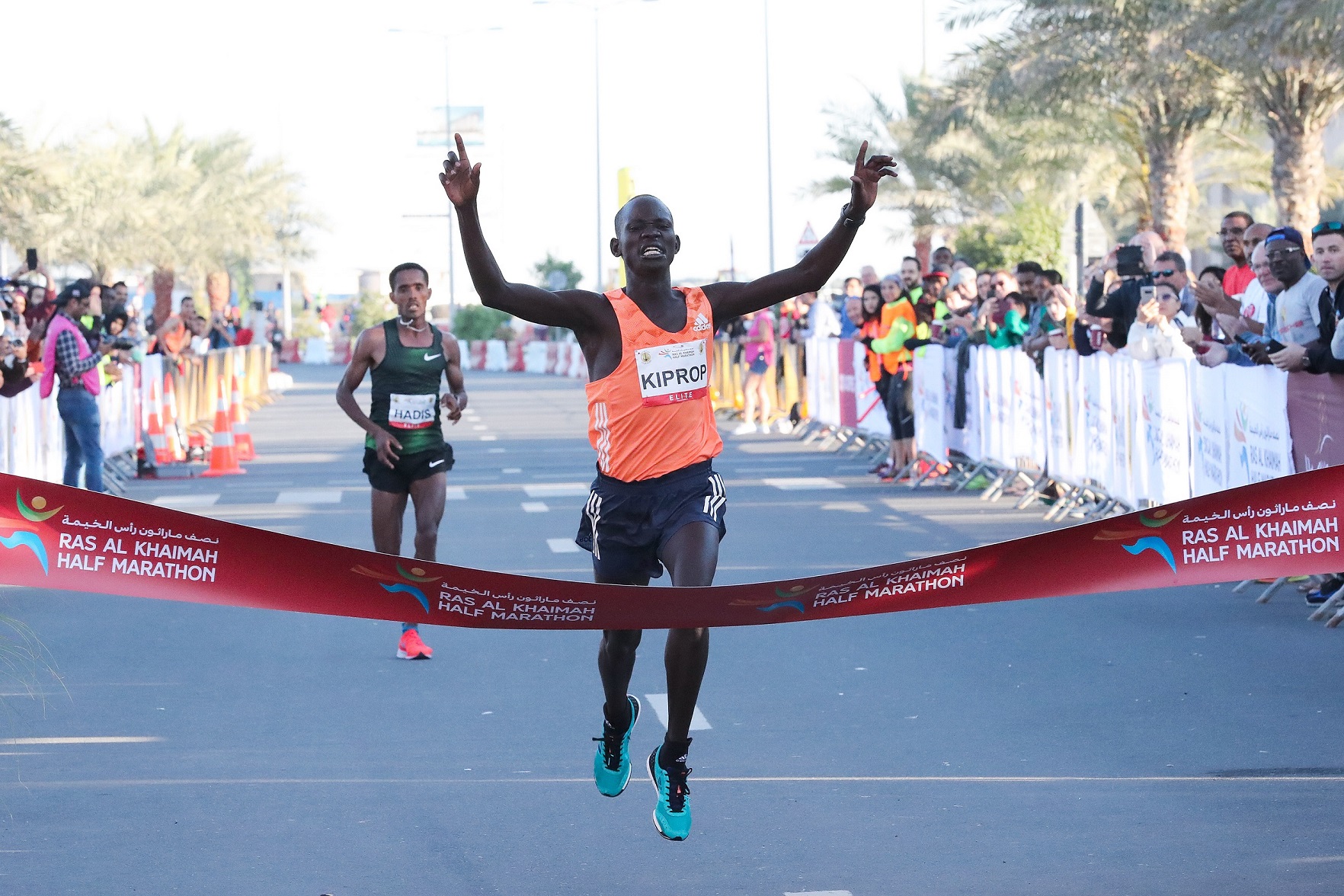 In its 13th edition, Ras Al Khaimah half Marathon attracted the highest number of participants since its launch, representing more than 106 nationalities

Among the race highlights were the first elite runners to cross the finish line in the men’s and women’s categories, namely Stephen Kiprop from Kenya who finished at 58 minutes- 42 seconds and Senbere Teferi from Ethiopia who finished at 65 minutes- 45 seconds, in addition, Julien Wanders broke the European record with 59 minutes- 13 seconds.

Other notable winners were in the UAE residents and UAE national’s categories, the winner of the male resident category is Tamri Ahmed, and Gerda Steyn won the female category, whereas Mubarak Al Marashda won the UAE national category.

The Ras Al Khaimah Half Marathon 2019 awarded 1,157,000 AED in cash prizes/bonuses spread across the different categories.

Haitham Mattar, CEO of Ras Al Khaimah Tourism Development Authority said: “RAKTDA is delighted to be hosting the 13th Edition of the Ras Al Khaimah Half Marathon. This year has been one of the biggest editions with almost 4,000 registered runners taking part representing more than 100 nationalities. Not only does this event attract runners and fans from across the region and beyond, but we hope it will also inspire more enthusiasts to take part in it annually.