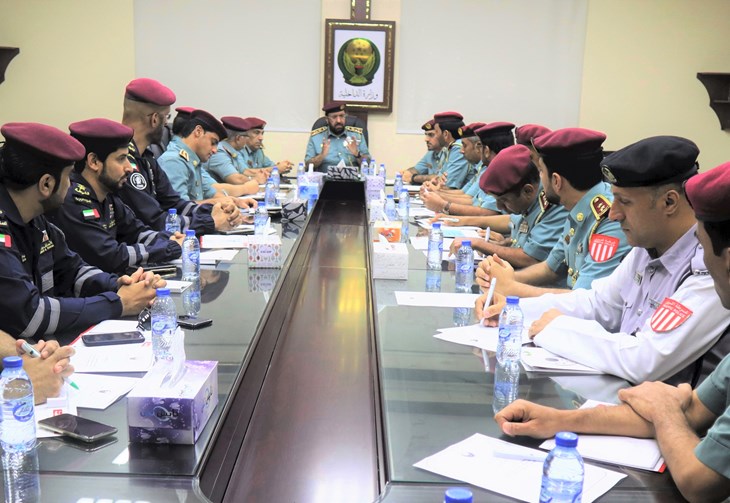 In the presence of a number of senior leaders of the police department, Brigadier Mohammed Saeed Al Humaidi, Director General of the Central Operations Room, RAK Police General Headquarter, chaired a coordinating meeting to discuss the mechanisms for organizing the various aspects relating to the UAE Federal National Council Elections.

Al Humaidi stressed that the RAK Police is keen to ensure smooth elections, the UAE’s largest event, in line with enhancing the UAE and the Ministry of Interior’s reputation and prestige globally in organizing such events.

Held at the Grand Meeting Room in the RAK Police’s Licensing and Drivers Department, the meeting reviewed all the plans and preparations by RAK Police to organize events in general and presented the detailed working mechanism and the definition of roles and responsibilities.

The meeting also highlighted the importance of bringing together all efforts to ensure the success of the elections, supporting the UAE’s efforts, and harnessing all potential to organize such integrated events.