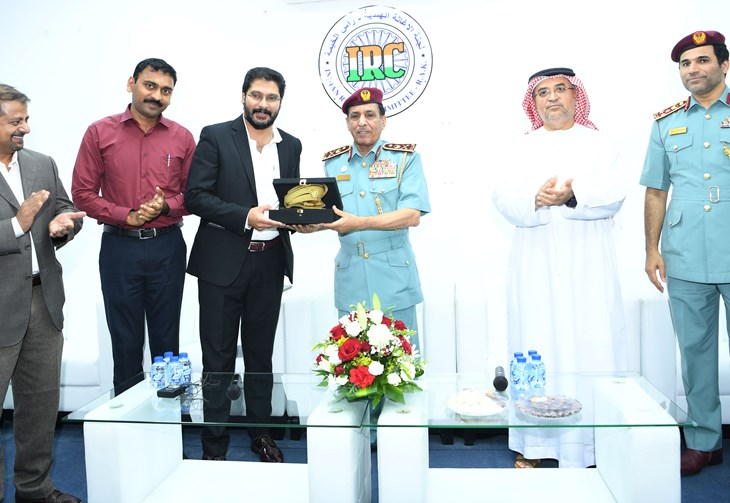 The Ras Al Khaimah (RAK) Police General Headquarters has launched the Community Outreach Initiative to establish contact with communities living in the emirate, in an effort to enhance quality of life and promote the idea that security is everyone’s responsibility.

The initiative debuted its activities with His Excellency Major General Ali Abdullah bin Alwan Al Nuaimi, Commander-in-Chief of RAK Police, paying a visit to the Indian community headquarters at the Indian Relief Committee (IRC) in the Al Nahkeel region of Ras Al Khaimah.

H.E. Al Nuaimi met with members representing various segments of the Indian community, and his delegation of senior officers listened to their comments and opinions on the services provided to them by RAK Police.

Maj. Gen. bin Alwan stressed that the initiative comes in line with the directives of His Highness Sheikh Saud bin Saqr Al Qasimi, Supreme Council Member and Ruler of Ras Al Khaimah, to promote further cohesion between the police and communities, reinforcing the notion that security is everyone’s responsibility.

“The Indian community has contributed greatly to Ras Al Khaimah’s urban and economic development, reinforcing its reputation as one of the most law-abiding communities,” he said.