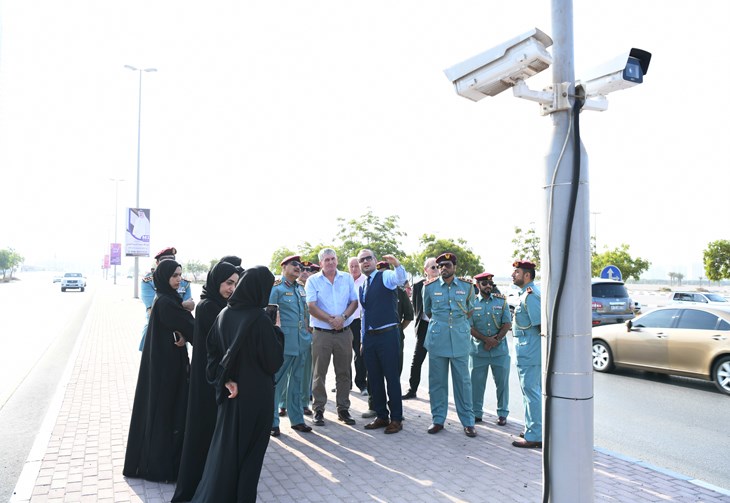 His Excellency Brigadier Jamal Ahmad Al Tair, Head of the General Resources and Support Services Department at Ras Al Khaimah (RAK) Police, asserted that the emirate’s ‘Safe City’ project is on schedule and will serve to promote a sense of safety, security, and stability among the UAE’s citizens and residents.

Brig. Al Tair visited several locations where CCTV cameras are set to be installed, covering various important districts and roads in Ras Al Khaimah, in addition to inspecting the infrastructure and equipment ahead of installing the cameras.

H.E. also visited the RAK Police Operations Room for an up-close inspection of the procedures whereby the installed cameras allow for surveilling the smart city. The visit additionally included a tour of the Smart City Project Data Centre and the platform set to be installed in the operations room.