Home PageMedia CenterPress ReleasesAl Jazirah Al Hamra: An Illustrious Past That Tells the Story of the Gulf’s Pearl-Diving and Seafaring Ancestors

Al Jazirah Al Hamra: An Illustrious Past That Tells the Story of the Gulf’s Pearl-Diving and Seafaring Ancestors 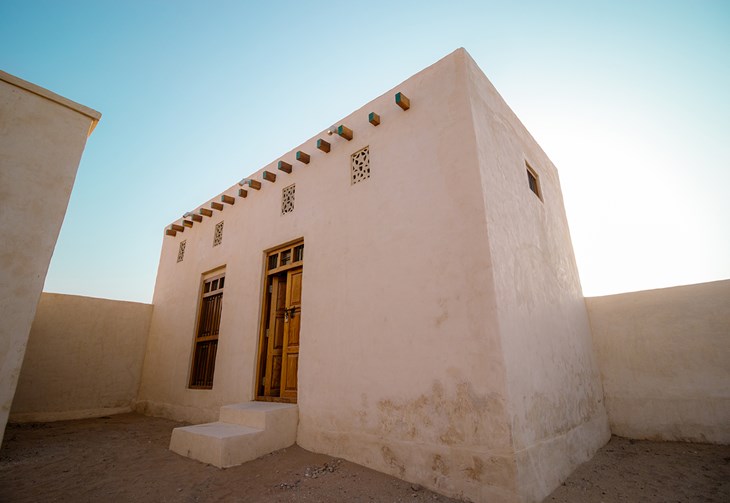 Al Jazirah Al Hamra is a small fishing village with a big past and potentially even bigger future. It is, in fact, one of the most historically and culturally important places in the Arabian Gulf.

Located in the south of the Emirate of Ras Al Khaimah, next to the beautiful Al Hamra Village residential development, Al Jazirah Al Hamra has a fascinating history.

It is the last-surviving pearl diving and seafaring town on this side of the Gulf and, after being abandoned by its inhabitants in the 1960s, it was left untouched for years before undergoing restoration works and becoming a favored filming location for Hollywood movies in recent years, serving as a location for films starring actors of such global fame as Brad Pitt and Ryan Reynolds. 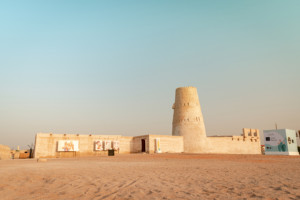 Translating as ‘the Red Island,’ Al Jazirah Al Hamra was a tidal island up until the 1970s, when a large land reclamation project made it part of the mainland. Al Jazirah Al Hamra’s deserted homes and pathways have become a walking place for curious neighbors and the area is also currently undergoing a transformation, with a major restoration project under way to transform the area into a tourist and cultural landmark. In addition, the site has hosted the much-revered Ras Al Khaimah Fine Arts Festival in its sixth and seventh editions at a newly restored fort.

Being a filming location for Brad Pitt’s War Machine and Ryan Reynolds’ 6 Underground has put Al Jazirah Al Hamra under the spotlight internationally, with 6 Underground director Michael Bay saying, “We shot in Al Hamra. It’s very versatile to have a place where literally five minutes away it’s like a different country.”

Christian Velde, a Senior Archaeologist and Researcher at Ras Al Khaimah’s Department of Antiquities and Museums, believes that the village is unique and the restoration work underway will preserve it for generations to come.

“It is the last and only pearl diving, pearl merchant and seafaring town on this side of the Gulf. All the other villages and towns along the Gulf coasts have been lost to modern development,” he says. “Al Jazirah Al Hamra is the only place to preserve the traditional way of life before oil and modernization.”

Mr Velde says that the large island was settled sometime in the 17th century and became established as an important location that was rich in marine resources. Being positioned in a lagoon, it had the added benefit of being easy to defend.

“It is unclear who first settled the island but most probably it was the Zaab tribe, who were known to live there in the 17th and 18th centuries AD,” he says. “The Zaab were an Arab seafarin

g and pearl-diving tribe. The Zaab remained on the island right up until the late 1960s, when many of the tribe moved to Abu Dhabi, leaving their homes, which have remained largely sheltered from destruction.”

“The restoration process focused on the fort, as well as several mosques and buildings of significance, such as the bin Dalam House, Omran House, and Abdel Karim House, in addition to an area close to the market. The project is ongoing and adheres to a set timetable,” Velde explained. 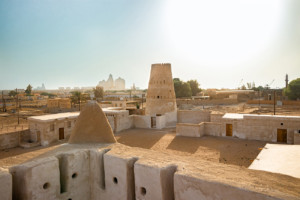 Mosques are of particular importance in the region and were built during different periods. In one excavation, a site was unearthed where seven different mosques dubbed as ‘The Great Mosque’ had been built consecutively in the same location over more than two centuries. One of these ‘Grand Mosques’ was mentioned in British documents in the 18th century, while another was repeatedly relocated during several reconstructions.

The new town to emerge after the land reclamation project sits behind the Al Jazirah shops that today line the main E11 road to Ras Al Khaimah city. The land reclamation was so large that it left space for other developments to be built on, including the modern Al Hamra Village, which is a popular area for tourists and UAE residents, and home to modern hotels, restaurants and residences, as well as a large shopping mall.

To this day, much of the original pearl diving village remains untouched, making it an intriguing place to walk around and invoking feelings of taking a step back in time to the 1950 and 1960s. All of these are clearly appealing factors for movie directors from around the world. No doubt the dusty backstreets of Al Jazirah Al Hamra will serve as locations for many more films to come.

“Al Jazirah Al Hamra has become established as an area of significant importance for the Ras Al Khaimah community and visitors, which helps ensure that the story of the village will be told, while also preserving its existence for future generations,” says Ahmed Al Teneiji, Director General of Ras Al Khaimah’s Department of Antiquities and Museums.

“The restoration of an area of such historic significance, not only to Ras Al Khaimah but the entire Arabian Gulf, is testament to the vision of His Highness Sheikh Saud bin Saqr Al Qasimi, UAE Supreme Council Member and Ruler of Ras Al Khaimah, who has taken a keen interest in the project and is a strong supporter of the work we are doing.”

In a joint initiative under the directives of His Highness Sheikh Saud, the Department of Antiquities and Museums, along with their colleagues from Ras Al Khaimah Tourism Development Authority (RAKTDA) and Marjan, have started the extensive job of restoring areas of Al Jazirah Al Hamra to their former glory, commencing with the fort that is the host of Ras Al Khaimah Fine Arts Festival. 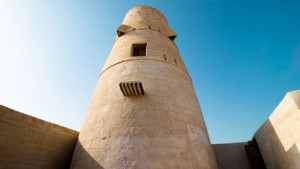 The ongoing project seeks to open up the village to tourists, with information boards in Arabic and English already erected in the publicly open fort area providing details on the history, construction and materials used in the buildings.

RAKTDA, in addition to erecting signage, plans to utilize and further promote the area in the future. Live events, museums, retail outlets and hand-craft workshops are all on the agenda.

“Al Jazirah Al Hamra is such an integral part of our cultural fabric in Ras Al Khaimah. As it gains prominence from a historical but also a restoration perspective, this unpolished jewel will add another layer of authenticity to our destination. We look forward to welcoming travelers from all over the world to experience this small slice of the past with a keen eye to what the future holds for one of our most treasured icons,” says Raki Phillips, CEO of RAKTDA.

So, whether you visit for the history, the array of arts and culture or wish to experience its cinematic appeal, Al Jazirah Al Hamra is a must-see hidden gem that may not stay quite so hidden for very much longer.