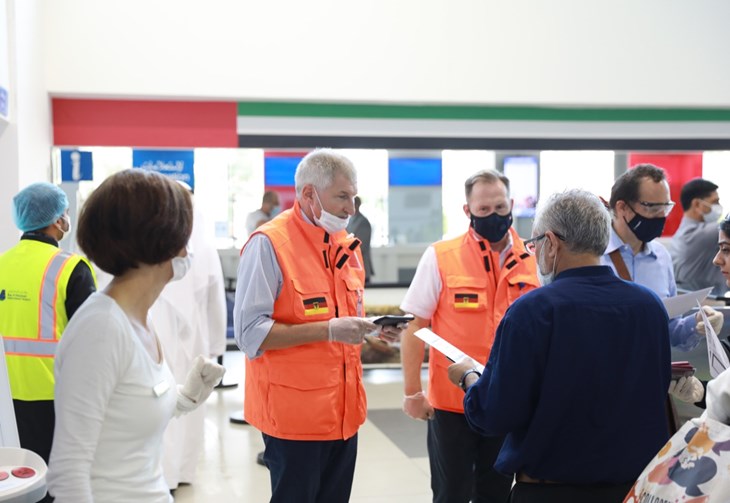 Hundreds of German tourists have today been repatriated from Ras Al Khaimah International Airport after being stranded in the UAE for a week due to the current global crisis.

329 passengers, most of whom are German nationals, departed from the airport on two flights today, in a joint effort by the UAE Government, the German Embassy in the UAE and Ras Al Khaimah International Airport, which was chosen as the departure point due to its readiness to screen all passengers quickly and efficiently.

The first of two flights to Frankfurt Airport departed at 1pm local time and the second at 2pm, both under the supervision of German Consul-General Holger Mahnicke.

The other nationalities on-board the flights consisted of one Romanian, two Turks, three Poles, one Kosovan and one Croat.