Home PageMedia CenterPress ReleasesRas Al Khaimah’s Credit Rating Affirmed by Fitch at ‘A’, with Outlook Upgraded From ‘Stable’ to ‘Positive’

Ras Al Khaimah’s Credit Rating Affirmed by Fitch at ‘A’, with Outlook Upgraded From ‘Stable’ to ‘Positive’ 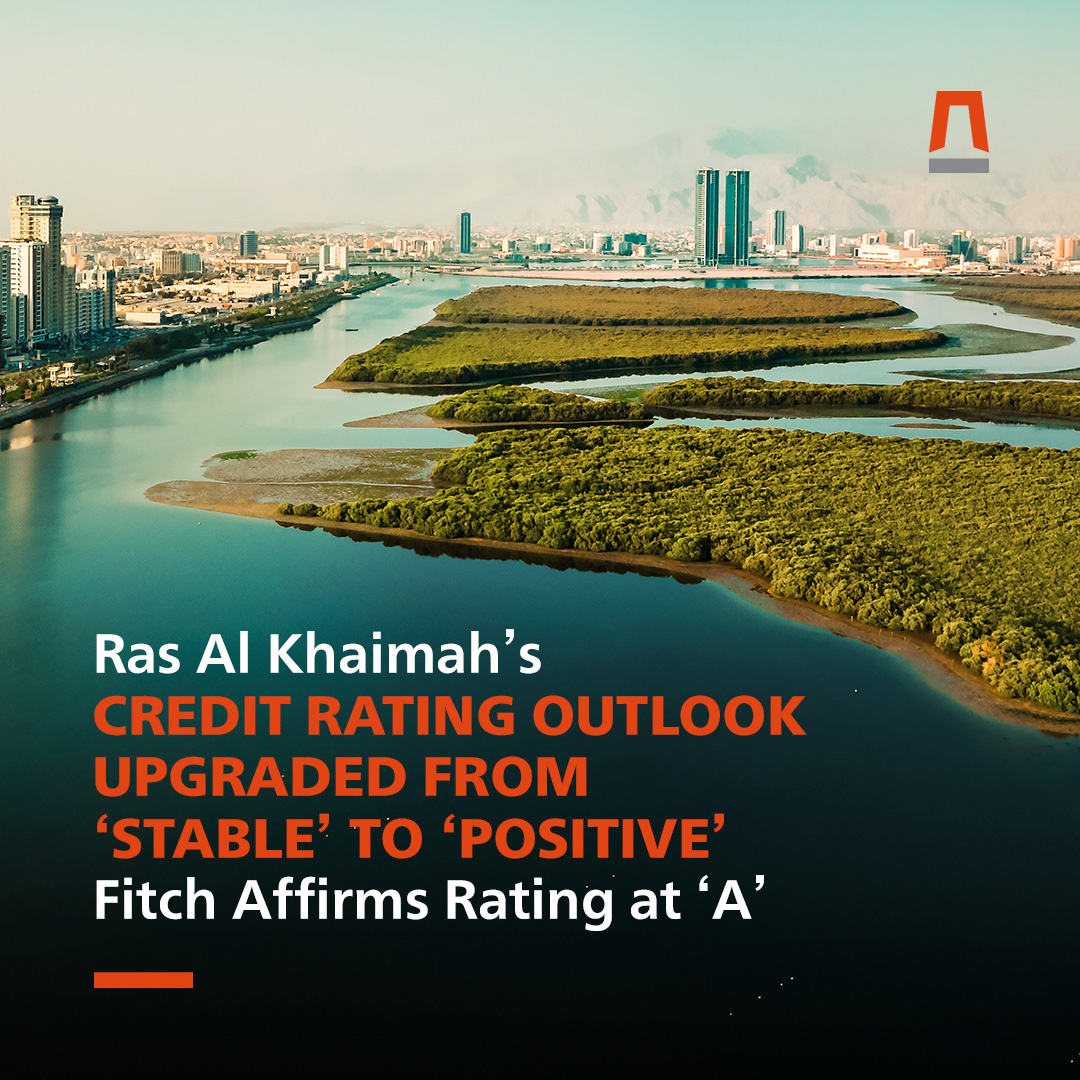 Ras Al Khaimah’s credit rating has been affirmed at ‘A’ with an outlook upwardly revised from ‘Stable’ to ‘Positive’, according to international credit rating agency Fitch.

U.S.-based Fitch Ratings, one of the ‘Big Three’ credit ratings agencies, stated that the revision to positive reflected “our expectation of continued budget surplus, combined with RAK’s record of prudent fiscal management and public finances’ resilience during the Covid-19 pandemic”. It is also takes into consideration Ras Al Khaimah’s position as part of the UAE, which enjoys a prominent economic standing in the region and the world, as well as the Emirate’s low government debt and high GDP per capita.

The report by Fitch revealed that government spending partly supported by the significant revenues from government assets have enabled Ras Al Khaimah to focus on its ongoing strategy to ensure a stable and diversified economy. The report asserted that the Emirate’s agility in terms of spending has led to a budget surplus in the government sector equal to 1.4% of GDP in 2021. In addition, Ras Al Khaimah reported a significant recovery in 2021, driven by growing international demand, increased tourist footfall and real estate revenues.

A spokesperson for Ras Al Khaimah Government said: “The upward revision of Ras Al Khaimah’s credit rating outlook by Fitch from ‘Stable’ to ‘Positive’ is the result of the Emirate’s successful economic policies, which, in turn, follow the vision and directives of its wise leadership, which has called for a clear approach and integrated plans to be implemented across all economic sectors in Ras Al Khaimah. The Emirate is making tremendous strides towards cementing its position as a prime destination for investment, lifestyle and work. Ras Al Khaimah has been rated in the ‘A’ range for 14

years now, which highlights the stability of the economic environment but also its diversity and flexibility, as the Emirate has shown its ability to adapt to market changes. With another positive ratings report delivered, Ras Al Khaimah can move confidently ahead with its development plans as it looks forward to an ambitious and prosperous future.”

Fitch highlighted Ras Al Khaimah’s low and declining public-sector debt as a reason for its upward revision. Government debt declined to about 13% of GDP (AED5.3 billion) in 2021 from 15% (AED5.6 billion) in 2020, with Fitch stating that it “projects debt to gradually decline as a share of GDP, as a result of continued fiscal surpluses”.

The international credit agency anticipated real GDP growth of 3% in Ras Al Khaimah in 2022, based on the Emirate’s continued prosperity, growth in revenues from the tourism sector and increased demand for the construction material it produces. The report also stated that financial surpluses will be underpinned by “significant flexibility in spending due to the large share of profit-oriented State-Owned Enterprises (SOEs)”.

Ras Al Khaimah, the northernmost of the UAE’s seven Emirates, is home to a thriving manufacturing and industrial sector, which is the main contributor to overall GDP, representing about a quarter. The rest of the Emirate’s GDP composition is split over a variety of complementary sectors, highlighting the diverse nature of the economy and its ability to attract and retain businesses, from SMEs to large, international companies.