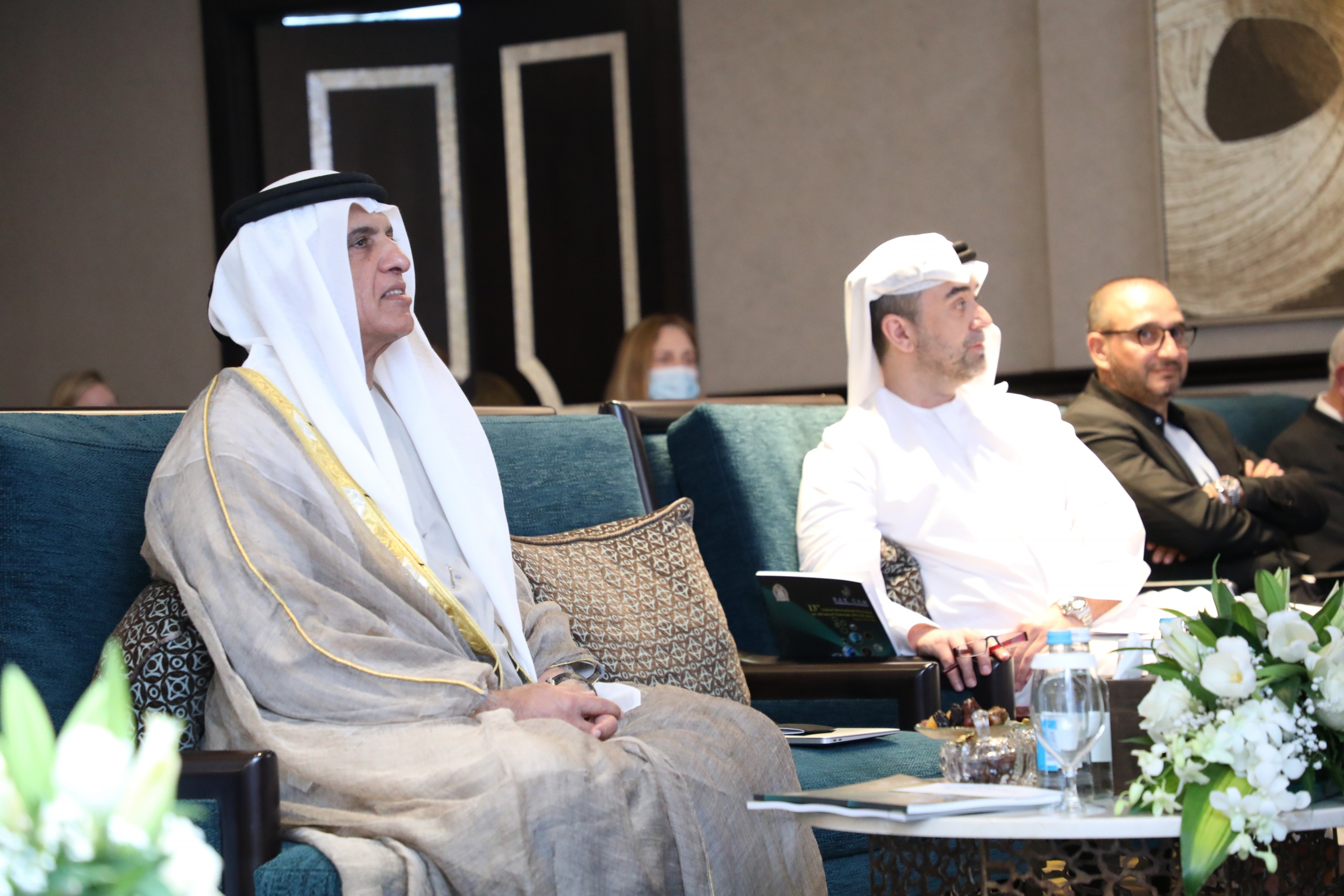 His Highness Sheikh Saud bin Saqr Al Qasimi, UAE Supreme Council Member and Ruler of Ras Al Khaimah, has attended the opening of the 13th RAK CAM International Workshop on Advanced Materials (IWAM 2022) at the Waldorf Astoria Ras Al Khaimah, during which he spoke of the importance of further progress in the fields of science and sustainable development.

“Scientific discovery is the backbone to humanity’s progress. It is the gateway to advancement and holistic development and something that affects all our lives. With this in mind, it is incumbent upon us to continuously seek ways to enable the scientific community in its pursuit of new discoveries and to encourage younger generations to take up sciences as a means to help solve some of the world’s most pressing challenges,” said H.H. Sheikh Saud on launching this year’s event.

“IWAM is a forum for some of the most highly regarded materials scientists and an influential platform where exchanges of ideas and information can lead to breakthroughs that have the potential to improve our world. I am delighted to have been able to attend and support such an event for so many years. Science must remain at the forefront of our vision if we are to achieve the bright future we all aspire to,” H.H. Sheikh Saud added.

The opening day of IWAM witnessed a speech on ‘Youthful Orientations’ by His Excellency Omar Saif Ghobash, Assistant Minister for Culture and Public Diplomacy at the UAE Ministry of Foreign Affairs.

In honor of H.H. Sheikh Saud’s support for the international conference, the 2022 IWAM program, which runs from February 20-22, includes the Sheikh Saud International Prize for Materials Science, a prestigious award that recognizes the efforts of someone who has made a significant contribution to the field of materials science. It has been named after H.H. Sheikh Saud as a mark of respect for his dedication and support for RAK CAM’s mission to enhance the field of Materials Science in the UAE and the region as a whole.

Michael Klein, the Dean of Science & Technology at Temple University, Philadelphia, and Member of the RAKCAM Board, said: “We congratulate Sir Anthony on this important award and express our heartfelt thanks to His Highness Sheikh Saud for his inspiration, kindness and generosity. Sir Anthony is a brilliant chemist and a world-leading expert in the field of framework materials. He has published more than 700 papers that have attracted nearly 60,000 citations and is especially noted for creating entirely new advanced materials – specifically for synthesizing and characterizing an array of entirely new so-called ‘framework’ materials. The Sheikh Saud Award to Sir Anthony is for his broad-ranging contributions to the field of inorganic materials.”

H.H. Sheikh Saud has long been a supporter of IWAM, a scientific conference that focuses on developments in the field of Advanced Materials – materials that are either new or significantly improved to provide a distinct advantage in (physical or functional) performance when compared to conventional materials.

IWAM 2022 is a hybrid event that sees the majority of international speakers participating in person, with attendees watching online. It has 22 invited speakers, including two Nobel Prize winners, who will discuss research that has the potential to make a great impact on developing clean and renewable forms of energy, nanomedicine, for improved diagnostics and therapy, and a clean, healthy environment.

This year IWAM features the 4th Dresselhaus Memorial Lecture, which will be given by Professor Ben Feringa, who received the Nobel Prize in Chemistry in 2016 “for the design and synthesis of molecular machines”. Millie Dresselhaus was a founding Board Member of the Ras Al Khamiah Center for Advanced Materials (RAK CAM) who passed away in February 2017. Another speaker will be Professor Andre Geim, Nobel Laureate in Physics 2010, who delivered the 3rd Dresselhaus Memorial Lecture, in 2020.

Since its inception, IWAM has grown to become the ‘must-attend’ conference for the world’s leading materials scientists. It has developed into an established incubator for scientists of the future, with more than 100 young scientists from the UAE and the broader MENA region invited to participate each year. Special lectures on materials science for local high-school students are also included as part of the event’s extensive program.