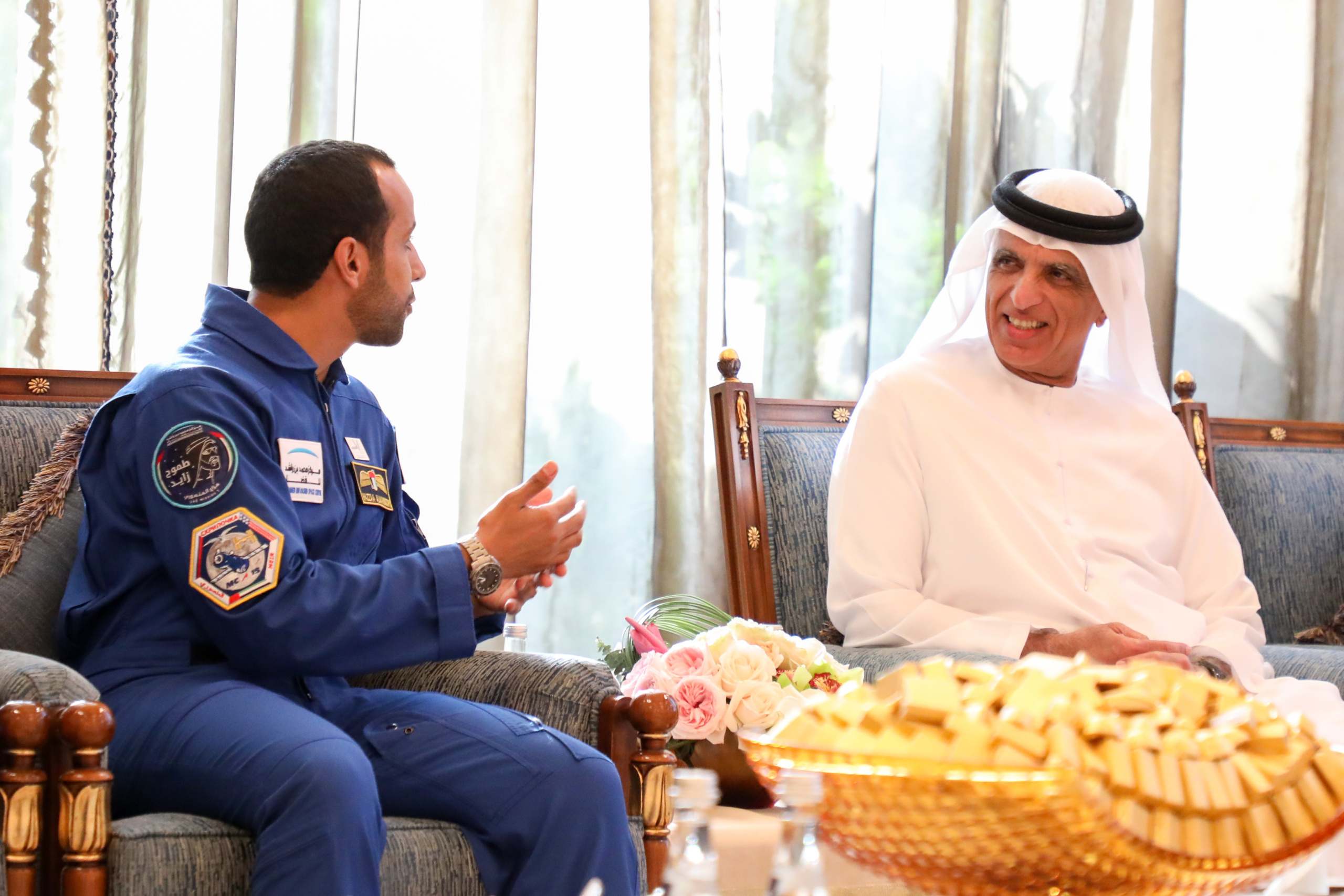 Both astronauts were accompanied by Hamad Al Mansoori, Chairman of the Mohammed bin Rashid Space Centre, MBRSC, and several employees.

At the start of the meeting, Sheikh Saud welcomed the astronauts and the delegation from the center, praising the teamwork that led to the participation of the first Emirati astronaut in the successful journey to the International Space Station, ISS.

This historic journey is a key milestone in Emirati space exploration and in realizing the vision of the UAE’s leadership to promote the role of the country’s scientific institutions.

Sheikh Saud thanked the members of the UAE team that helped in preparing the historic journey to the ISS, stressing that everyone worked with team spirit and raised the UAE’s international stature.

He also affirmed that Al Mansoori and Al Neyadi are honourable models for the Emirati youth, who are aware of and are able to face and overcome their challenges to achieve their goals, adding that through their dedication, they have set a good example for all Emirati and Arab youth and encouraged everyone to continue to work hard for the advancement and progress of the UAE.

Sheikh Saud further added that the National Space Programme has achieved successes within a short time, reflecting its ambition and determination while calling on those working in this sector to continue achieving more progress that will benefit the UAE and its people.