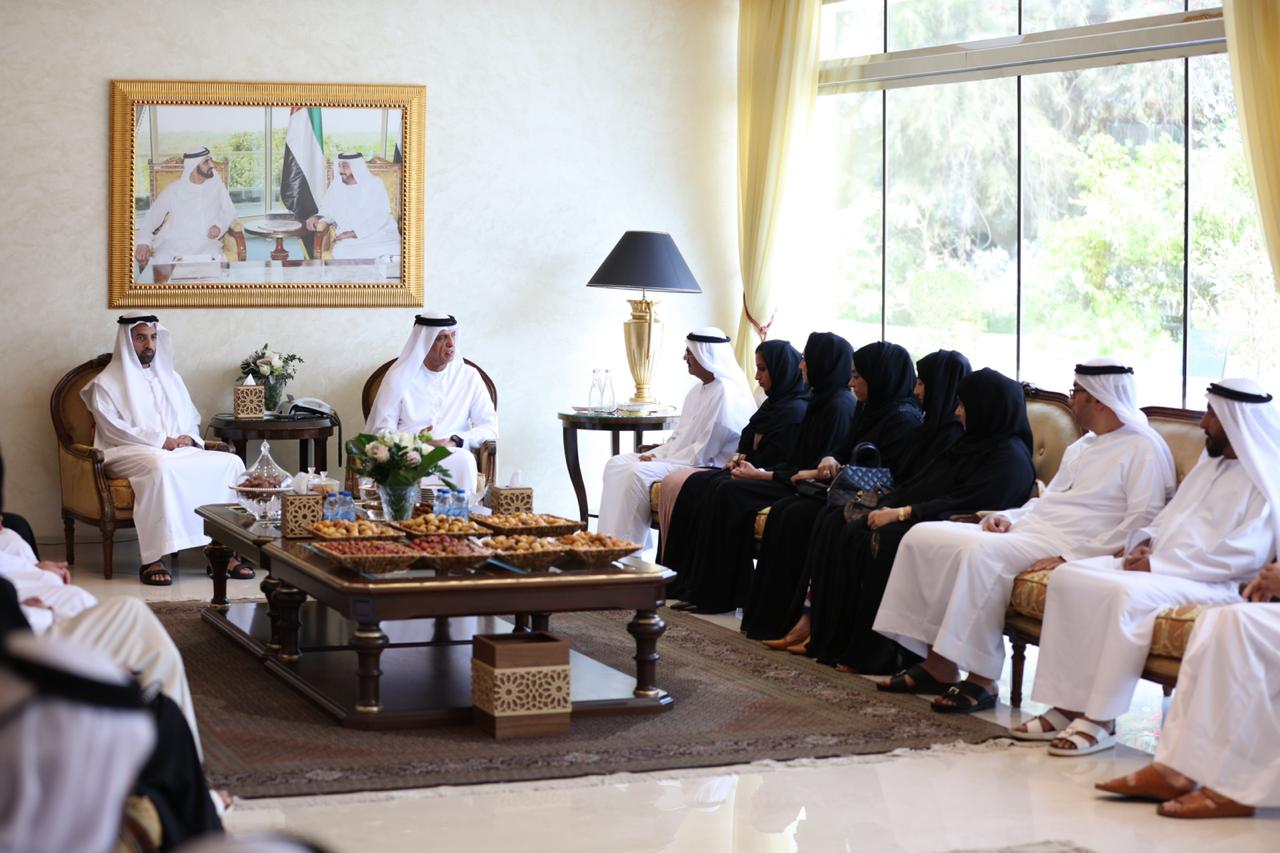 The meeting was attended by Sheikh Ahmed bin Saud bin Saqr Al Qasimi, Chairman of the Public Services Department in Ras Al Khaimah, along with a team from the Sheikh Zayed Housing Program Center in Ras Al Khaimah, which is ranked fifth in the list of best government services center in the country.

During the meeting, Sheikh Saud expressed his appreciation for the efforts of the Ministry of Infrastructure Development, which are in line with the vision of President His Highness Sheikh Khalifa bin Zayed Al Nahyan to develop the country’s infrastructure, provide quality services, and strengthen the UAE’s stature as a leading regional and international investment destination.

Sheikh Mohammed congratulated the team on its achievements while highlighting the need to continue improving its services and maintaining its performance after it ranked in the fifth position among 600 service centers from 29 government authorities.

The center aims to provide quality services that will meet the needs and expectations of customers, who include senior citizens and people of determination, in line with the UAE government’s goals to improve customer experience, make citizens happy and maintain social stability.

Maryam Al Zaabi, Employee of the Centre, received a commemorative shield, in recognition of her efforts to provide services to the general public.