Home PageMedia CenterPress ReleasesRas Al Khaimah Municipality Launches “Energy in Your Hands”, a Campaign to Sensibilise Residents on Efficient Use of Energy and Water.

Ras Al Khaimah Municipality Launches “Energy in Your Hands”, a Campaign to Sensibilise Residents on Efficient Use of Energy and Water. 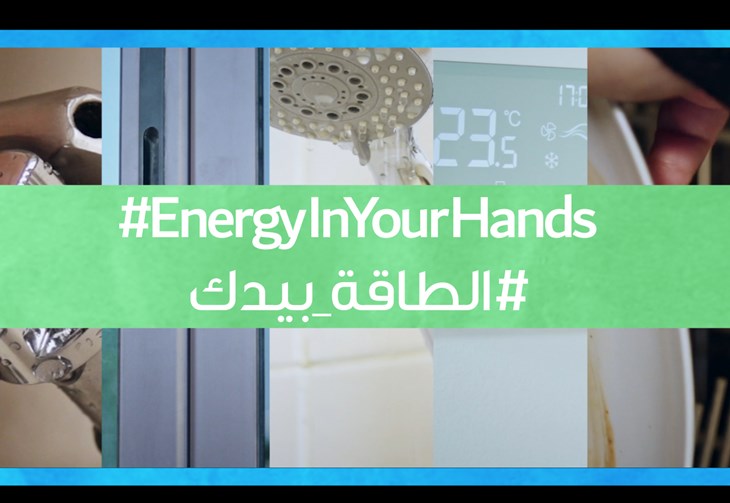 Energy in Your Hands calls residents to show leadership in sustainability.

The Ras Al Khaimah Energy Efficiency & Renewables Strategy 2040 has been established to support competitiveness of the Ras Al Khaimah economy by reducing the energy bill, through lower consumption and a higher share of renewable energy in the generation mix.

As part of the awareness initiatives of the strategy, Ras Al Khaimah Municipality launched an emirate-wide consumer campaign inviting residents of Ras Al Khaimah to take part in a social media competition to promote energy and water efficient lifestyles, and therefore contributing to a more sustainable future and a greener UAE.

The competition is open only for the residents of Ras Al Khaimah and will run for three months encouraging them to share a photo or video of an energy or water saving action using the competition hashtag, #EnergyInYourHands. Every two weeks a new winner will be announced to win an Ipad or an Apple watch. The grand-prize winner, announced at the end of the competition, will also receive a stay at the Waldorf Astoria RAK.

H.E. Munther Mohammed bin Shekar, Director General of Ras Al Khaimah Municipality said, “Residents in Ras Al Khaimah could save money on their energy bills by taking simple steps such as setting AC thermostats at 24°C, sealing air leaks and using energy efficient products to make their homes more comfortable. I would like to invite all the residents of Ras Al Khaimah to participate in this campaign and contribute towards a sustainable emirate.”

The campaign will release a series of short videos on energy and water saving actions on the Municipality’s social media accounts and will direct the viewers to visit the website for more tips on how to make their homes more efficient. Examples of tips include, using table lamps rather than turning on the lights for the whole room; using native plants in the garden, which need minimal or no irrigation; using a dishwasher instead of handwashing dishes; turning the electrical sockets off when equipment is not in use; turning off the tap while brushing teeth.