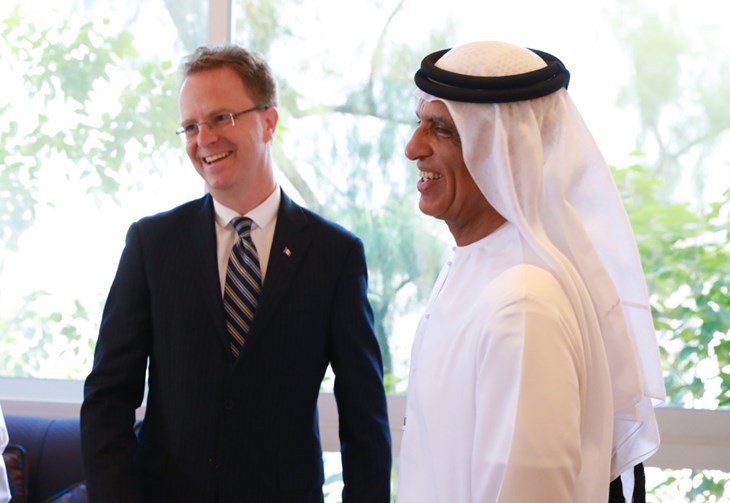 During the meeting, representatives from UAE University in Al Ain collected the proceeds from February’s run that will fund cancer research projects at the institute.

H.H. Sheikh Saud said the UAE, under its wise leadership, is a force for good and dedicated to charitable and humanitarian efforts. H.H. Sheikh Saud underlined that Ras Al Khaimah is a strong supporter of these efforts, citing the Terry Fox Run as a prime example.

About 5,000 people participated in the February 14 race on Al Qawasim Corniche and the annual run, now in its 11th year, has become one of the most popular events in the Emirate.

The meeting was also attended by H.E. Jean-Philippe Linteau, Consul-General of Canada to the UAE.

Terrance “Terry” Fox was a cancer patient and amputee who, in 1980, inspired the world with a cross-Canada run to raise money and awareness for cancer research. He died in 1981, but his efforts resulted in a lasting legacy and Terry Fox runs now involve millions of participants across the globe.